The Evolution Of The Camera 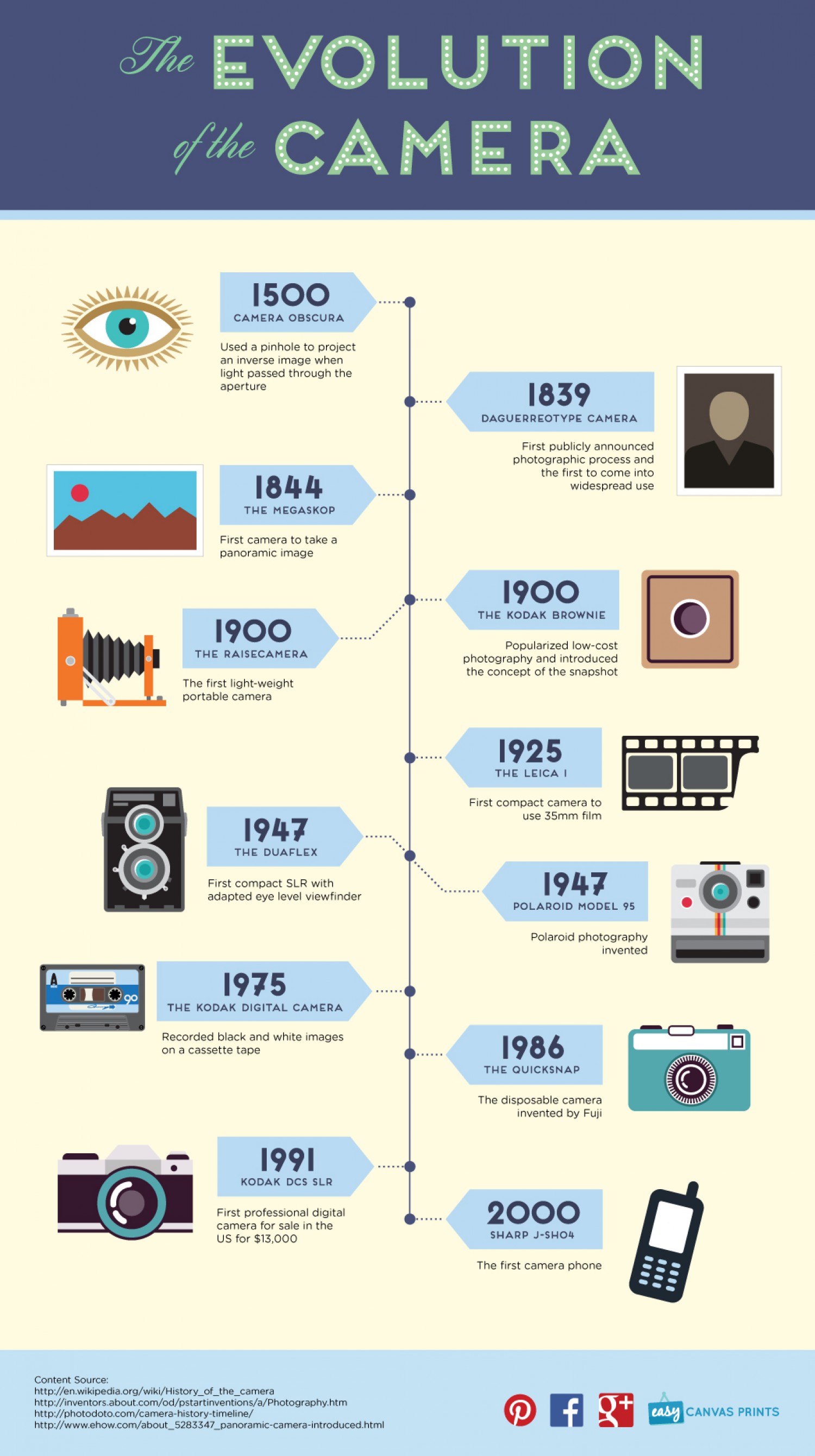 The photo camera, in recent times, has evolved a lot from the camera obscura, the first camera to be ever presented to mankind.

It is believed that the ancient chinese and the ancient greeks used  a very rudimentary version of today's technology and that it was in the 1544, that mathematician Reiners Gemma Frisius, taking the example of these ancients, developed his own version to watch the solar eclipse but even then, it was not possible to save the images that were captured by these instruments.

It was only in 1839, that the first practical photographic method was developed by Mr. Louis Daguerre, that later came to be known as the Daguerretypes Camera and was the mechanism that developed into the present day sophisticated technology that we see now.