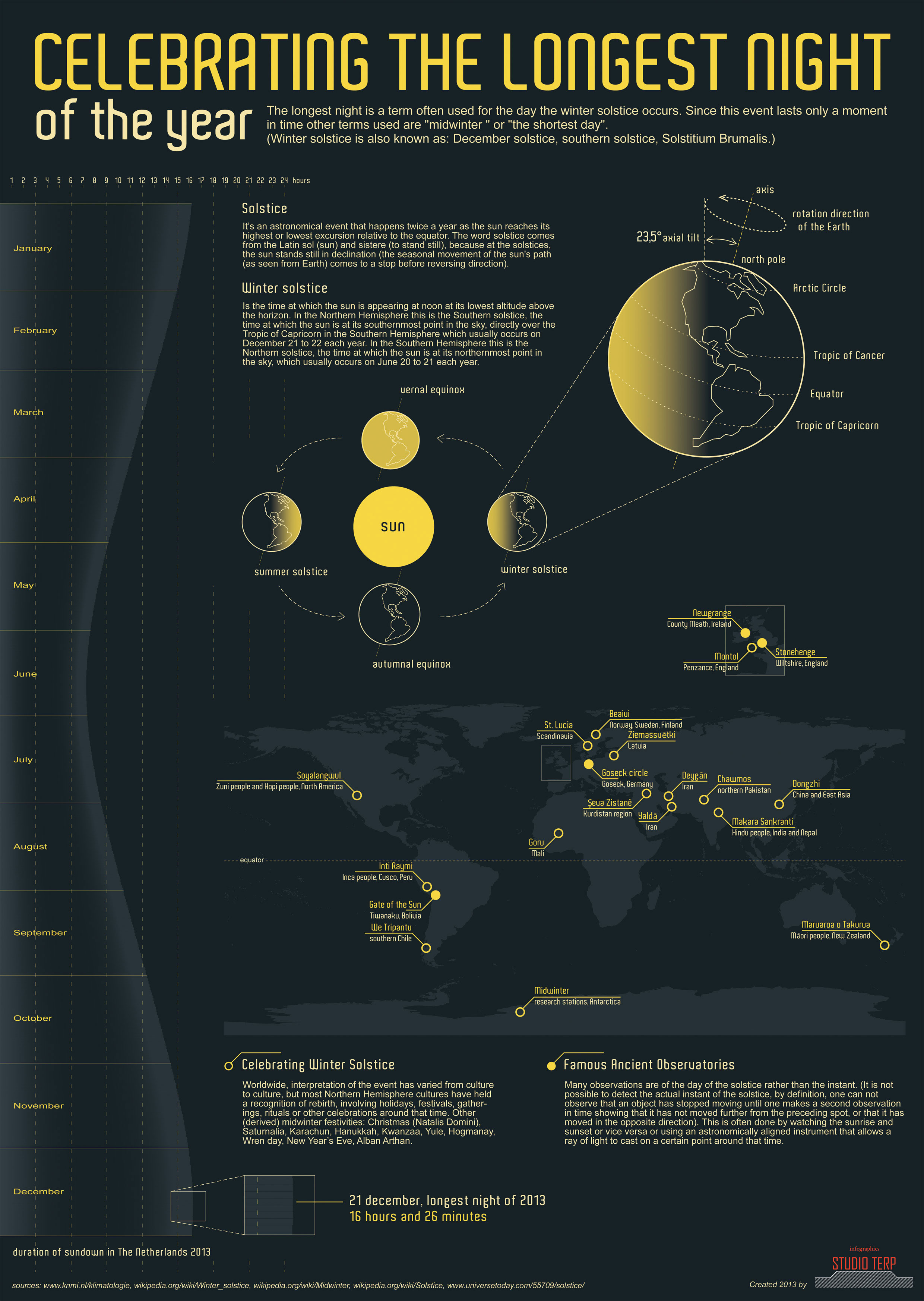 Solstices occur twice every year bringing with them, the longest day and shortest night or the shortest day and the longest night respectively in summer as well as in winter. It marks a point where the sun’s elevation point in the sky is the lowest or the highest bringing in the winter Solstice and the Summer Solstice each year.

The word Solstice is a Latin word where ‘sol’ indicates the sun and ‘sistere’ indicates for it to be ‘standing still’.

Winter Solstice is also referred to as midwinter, December solstice, southern solstice or even Solstitium Brumalis sometimes. On this day, basically for exactly a moment in the day, the noon-sun appears at its lowest altitude near the earth’s horizon there by bringing in the longest night, lasting 16 hours and 26 minutes on December 21st this year.