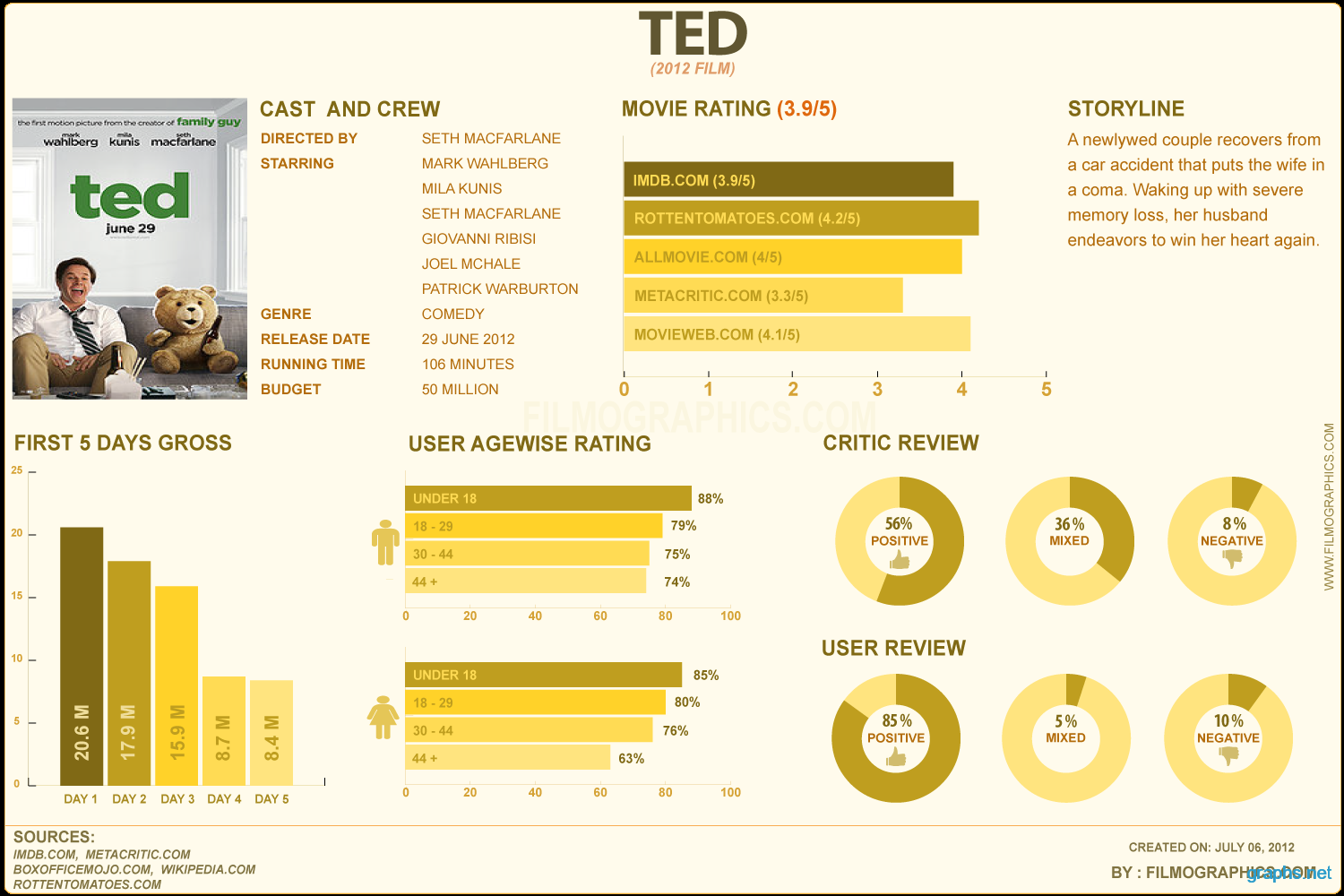 Ted– the 2012 American comedy film is about the friendship between John (Mark Wahlberg) and Ted the teddy bear (voiced by director Seth MacFarlane) which comes to life after John wishes for it before falling star. This movie was made on the buget of $50 million.

In the first five days itself it made more than $70 million. 56% of the critics review was positive while only 8% negative. But 85% of the viewers gave it a positive review whereas mere 10% had something bad to say about the movie. Rotten tomatoes gave it 4.2 out of 5 and IMDB gave it 3.9/5.

'If you enjoyed the infographic, please consider sharing it using the buttons on the left side!'