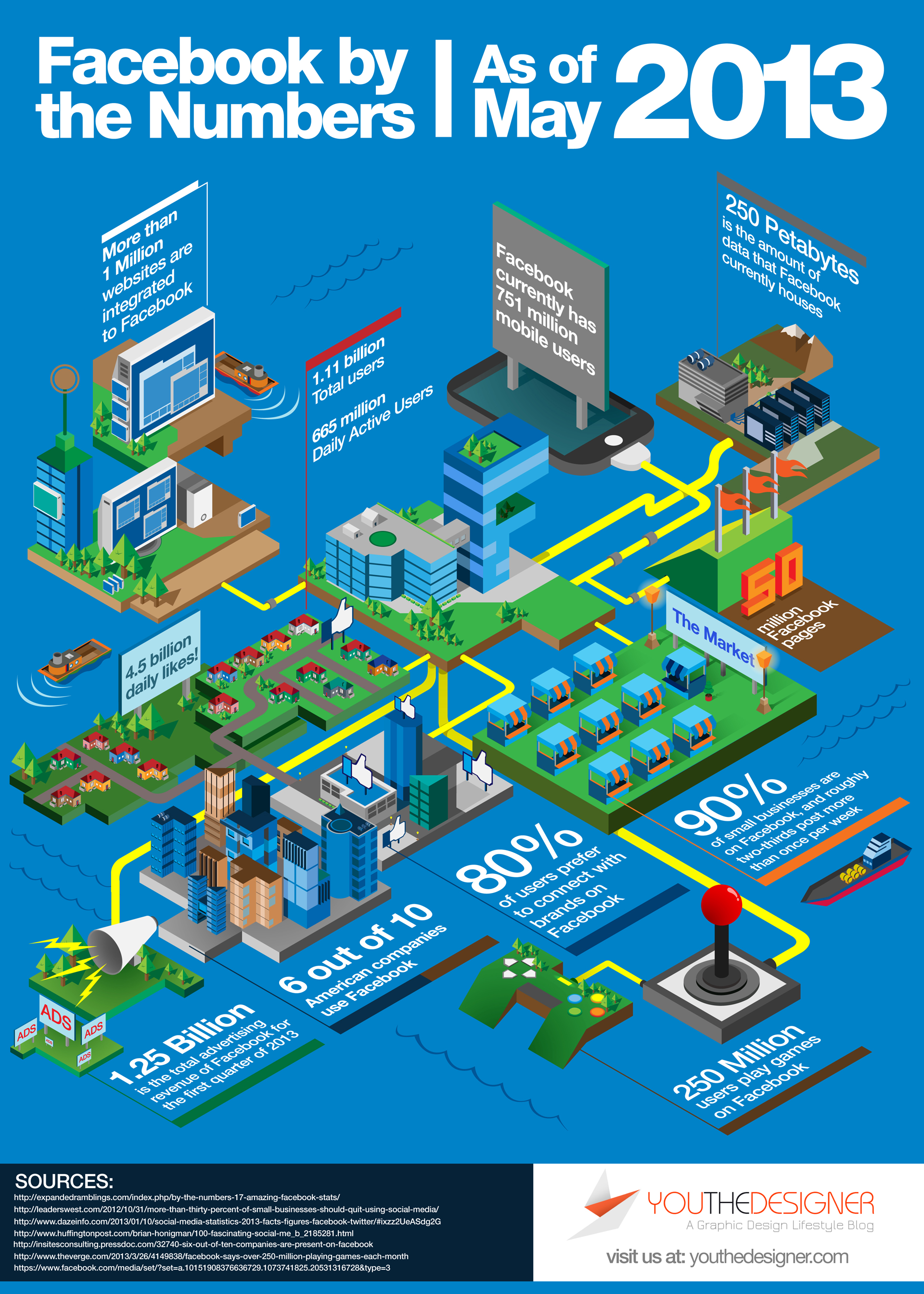 Facebook, an online social networking service founded by Mark Zuckerberg, a Harvard University student along with his four other college mates. This fact can’t be denied that almost every college going student today have a social media account and most businesses ranging from freelancers to multinational corporations are making use of these social media sites to have an online presence.

Among the various social media networks over the internet, Facebook occupies the top place due to its large user base and the revenue that it generates when compared to other social media start ups. Facebook has changed the entire communication world and it has become a major product of product promotion and getting consumers for any type of business.

Every year, the statistics of Facebook get updated and the below infographic depict the latest Facebook statistics for the year 2013.

Over 1 billion websites on the internet are now integrated with Facebook.
The total user base of Facebook is 1.11 billion and over 665 million users visit the site daily.
Facebook currently holds more than 250 petabytes of data.
Over 90% of all small scale businesses across the world are on Facebook.
More than 80% of users prefer to follow a brand on the Facebook.
Every 6 put 10 companies America use Facebook to promote their business.
In the first quarter of 2013, Facebook has generated revenue of 1.25 billion through advertising.