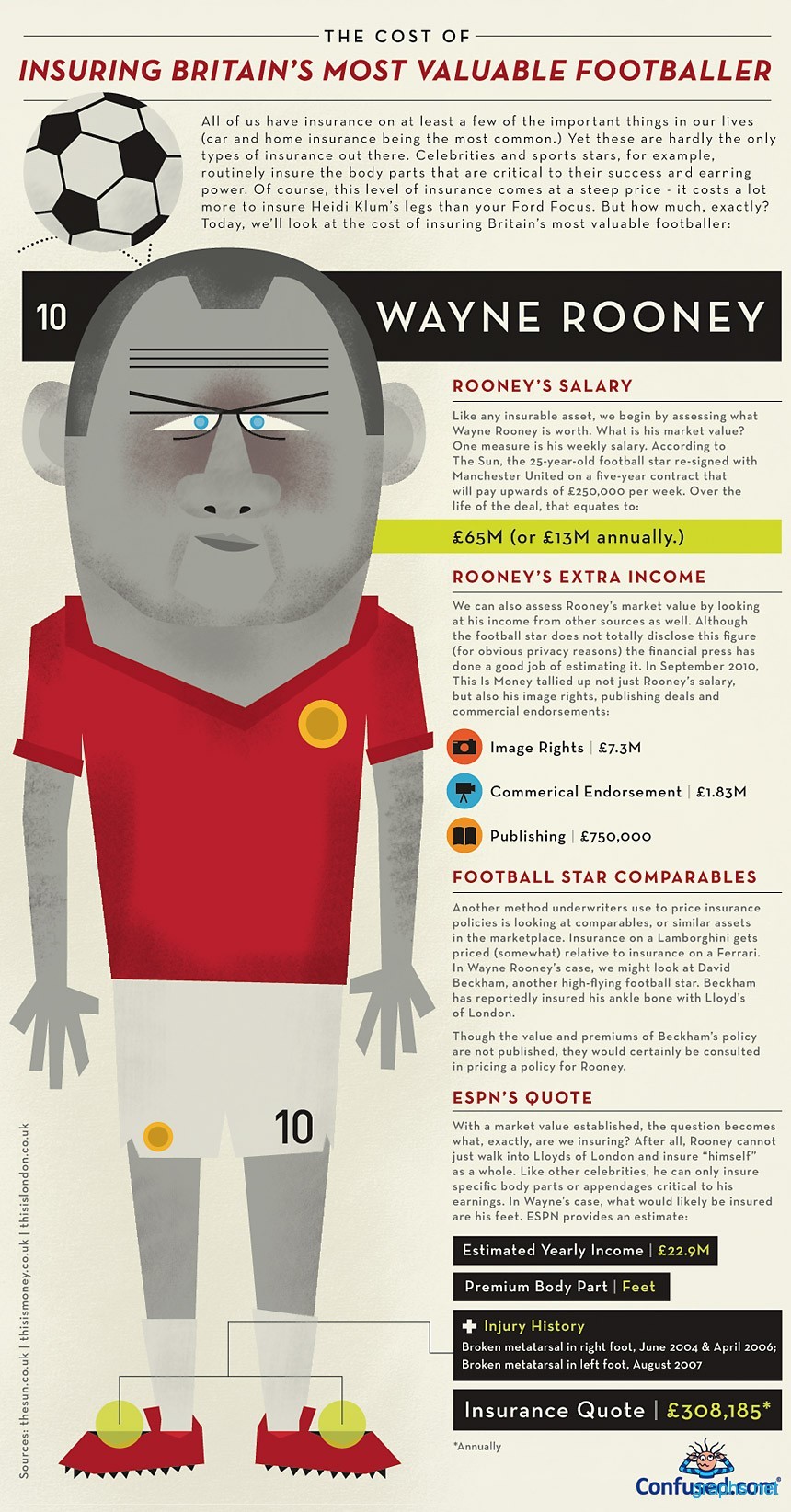 Wayne Rooney is a popular English foot ball player and has huge number of fans after Christiano Ronaldo and Lionel Messi. He plays as striker in Manchester United club and English football national team.

Usually a foot ball player gets insured for the body parts that are crucial for their success in the game. According to resource by the sun, the British most valuable player has signed a deal with Manchester United club that is of worth 130 million Euros per annum.