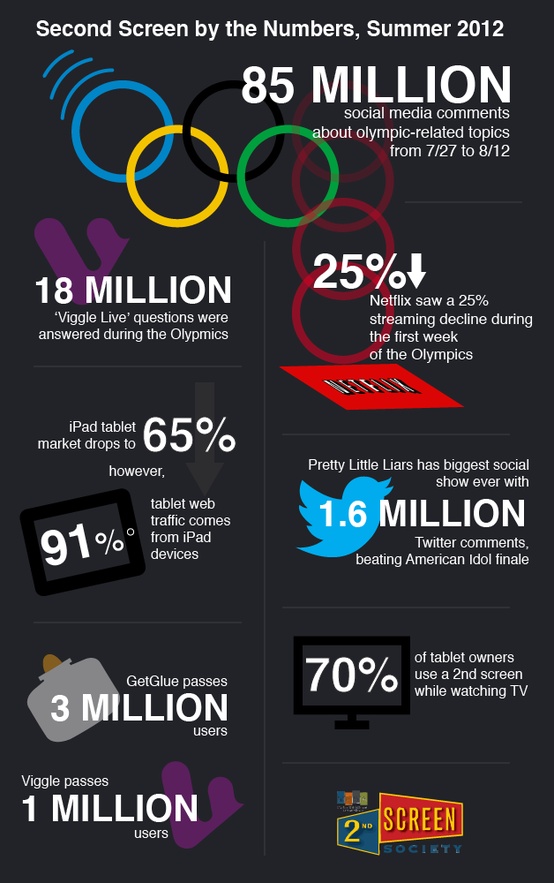 Second screen is often referred as a companion device and these devices are used to display extra information associated to the TV shows, Music, Movies or video games while viewing the content on the television.

Interesting statistics about second screen can be found at below infographic:

Over 85 million comments were posted on social media sites during the Olympics 2012.

More than 18 million questions related to Viggle Live were answered at the time of Olympics.

The sale of ipad market has dropped down by 65% but it is believed that more than 91% of web traffic is generated through iPads.

Netflix, an Internet streaming media in United States has seen a 25% decline in the streaming during summer Olympics.

The Prettty Lairs, American biggest social show with a 1.6 million twitter comments has beated the tweets composed for final episode of American idol.