Schedules of Test Cricket in the Year 2013 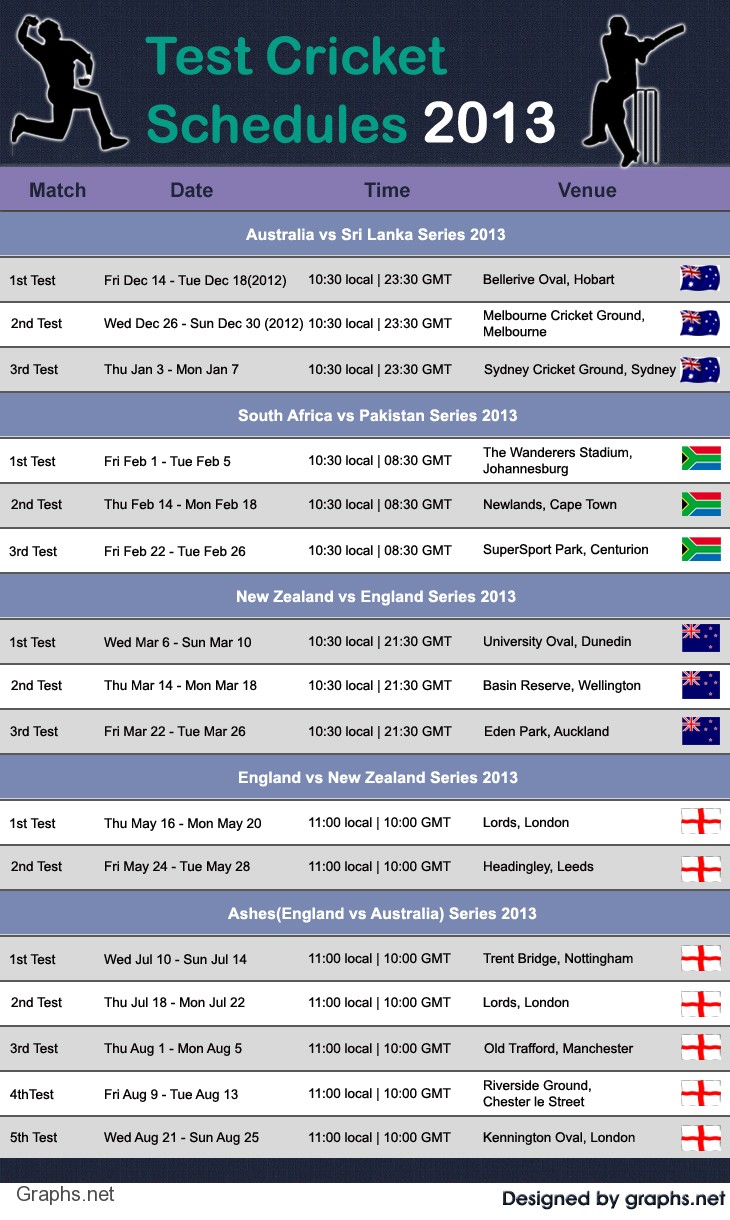 In present days, every international cricket team takes part in three formats of the game which includes Test Cricket, ODI and T20. However ODI is the most viewed form of cricket and on other hand, test cricket is the most tough and challenging format which can be used to measure the capability of a player and worth of the team at international level.

Usually test matches are played for five days and ICC is drafting new plans to implement day-night test matches to attract the cricket lovers and it is supported by many of the cricketing nations. For all the cricket enthusiasts, the infograph shows the list of test matches played between the international cricket teams. This year, test matches start with the series between Australia and Sri Lanka followed by a series that includes 3 test matches between south Africa and Pakistan. For first time in the history, there will two back to back ashes series in the year 2013 that are to be hosted by England and Australia. The complete details and schedules of different test series for the current calendar year has not been released by the ICC. Visit the site regularly for more cricket updates. '