For th year 2013, ICC champions trophy will begin in the month of June and India will take on South Africa in the opening game of the tournament.

The other two big draws in this year champions trophy are India taking on Pakistan on June 15 and Australia facing New Zealand on June 12 and both these games are played at Edgbaston, Birmingham.

According to ICC, the 2013 ICC champions trophy will be the last edition of the tournament as the ICC plans to have one championship in three formats of the game from the year 2015.

The competition will run for 18 days with matches played at three different venues in england. For further detailed information about venue and date of every match, navigate through the infographic. 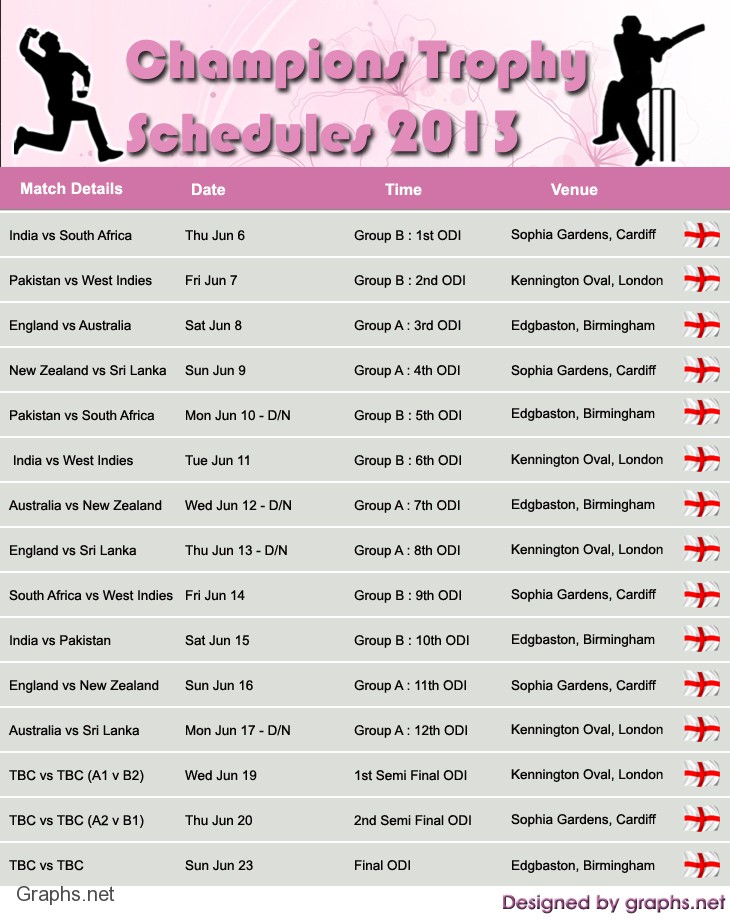 Know more about Infographics On cricket.