Realize the Global Economy in Pictures in March 2016

Schroders investment Management North America Inc.’s has released an economic review for the month of March 2016. The entire info graphs do reflect the global economy in pictures and snippets. It provides an overview of the different economies across the world and the major impact in the EU context.

The entire information intends for the information purpose only. The info graphics do focus on the downward trend across the global economy and why should Europe still believe to be safe in an uncertain world? Does BRIC economy affect Europe economy? What is the corrective measure the Central Bank of the declining economies have done so far?

Growth does continue in the first quarter of the year 2016, but there seems to be a downward drift across the global economy and two important factors that are in linear graphs, being GDP growth, and Inflation. The global growth trimmed for 2016, led by downgrades to the US, Japan, and Emerging Markets, (EM). Inflation downgrades for developed markets to reflect lower oil prices, EM inflation upgrades from current depreciation. On a telescopic perspective, 2017 will strengthen due to more emerging market activity.

Europe is in Comforting Zone in a Low Political Risk 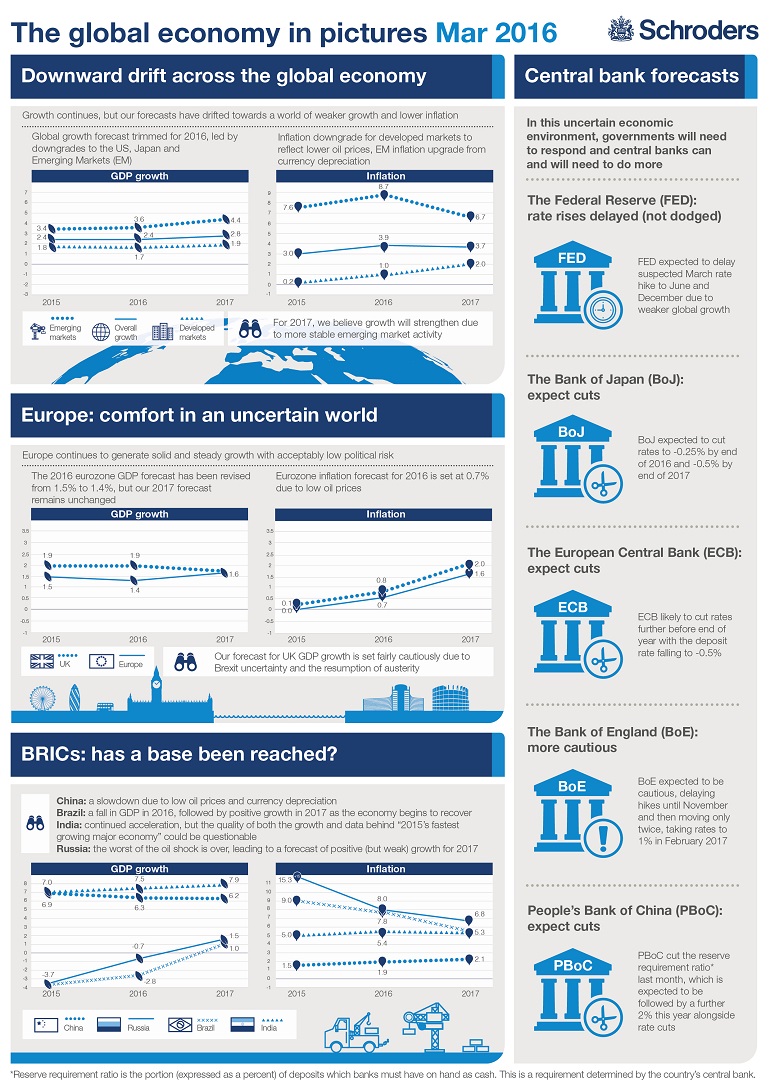