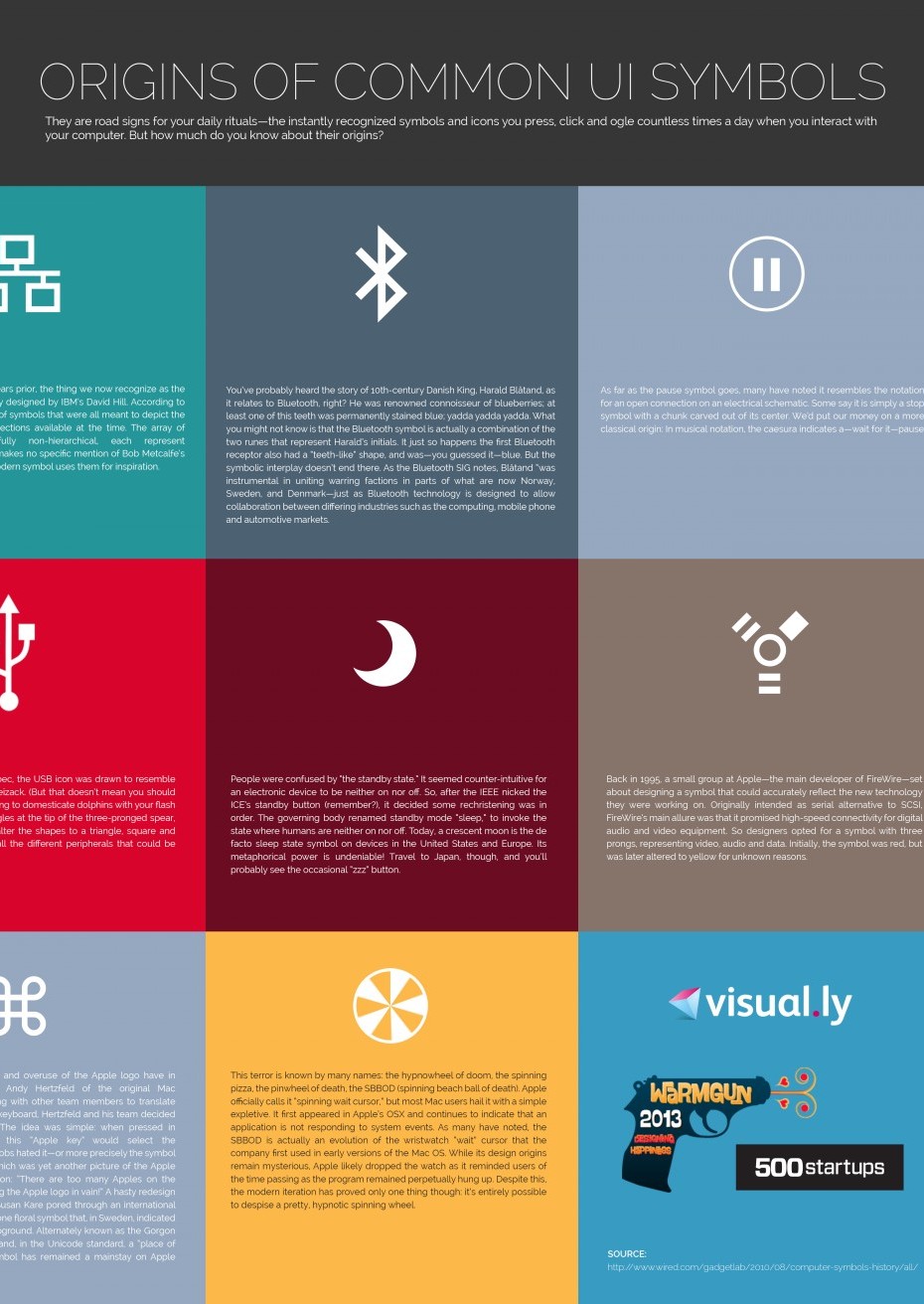 In our everyday life, we use a lot of symbols . especially when we are using anything electronic or technological. But most of us do not actually stop and think of all the symbols that are used, that with just one small icon explains a lot, starting from their meaning to how to use them; or even of their origins and how they came about to be used for the thing they are used for.

For instance, it is ofcourse not known by many that the power symbol that is seen plastered on T-shirts and many many other things these days actually was actually brought out by the International Electrotechnical Commission, codifying a stick inside a broken circle as power being in the standby state.

Later on, having been found to vague, the meaning of the symbol was simple altered by the Institute of Electrical and Electronics Engineers to mean mean power.