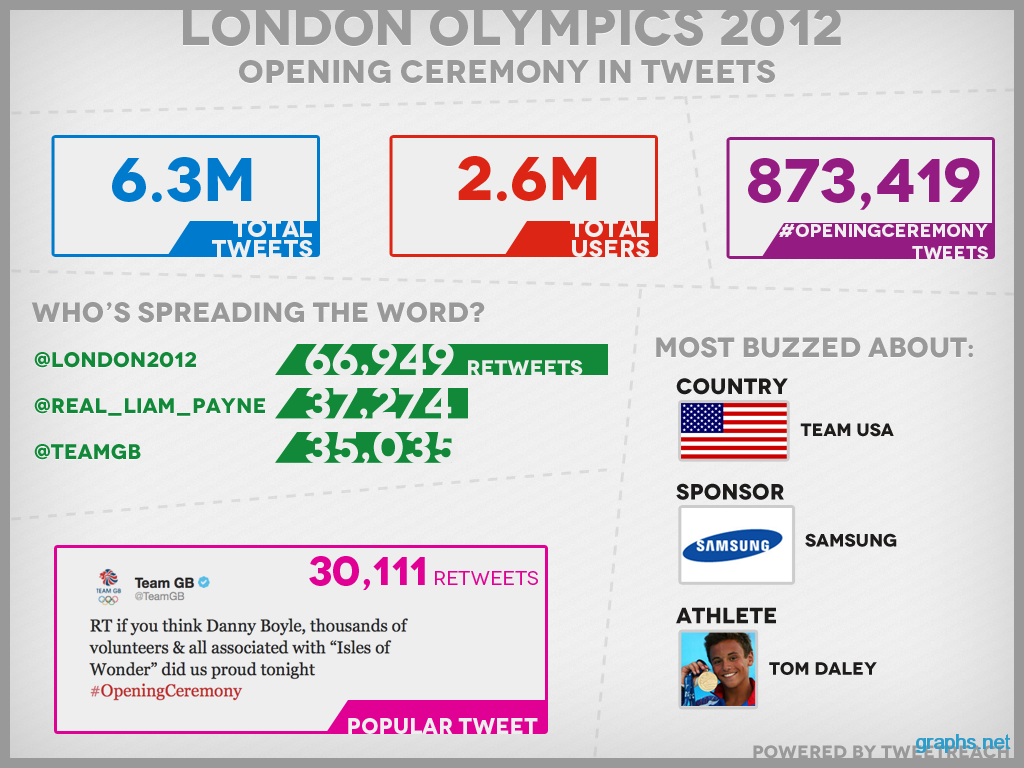 Tweeting is the latest in social networking and London Olympics 2012 is the subject of most tweets these days.

A total of 2.6 million users have tweeted on the opening ceremony of the 2012 Olympics.

All of these users have tweeted a total of 6.3 million times so far accounting for 873, 419 tweets on the opening ceremony alone. The top tweeter is @London2012 followed by @Real_Liam_Payne and @TeamGB.

The most popular tweet is by TeamGB on Danny Boyle on the opening ceremony. It received 30,111 re-tweets. The most buzzed about country on twitter is USA.

The most tweeted about athlete is Tom Daley and the sponsor is Samsung.