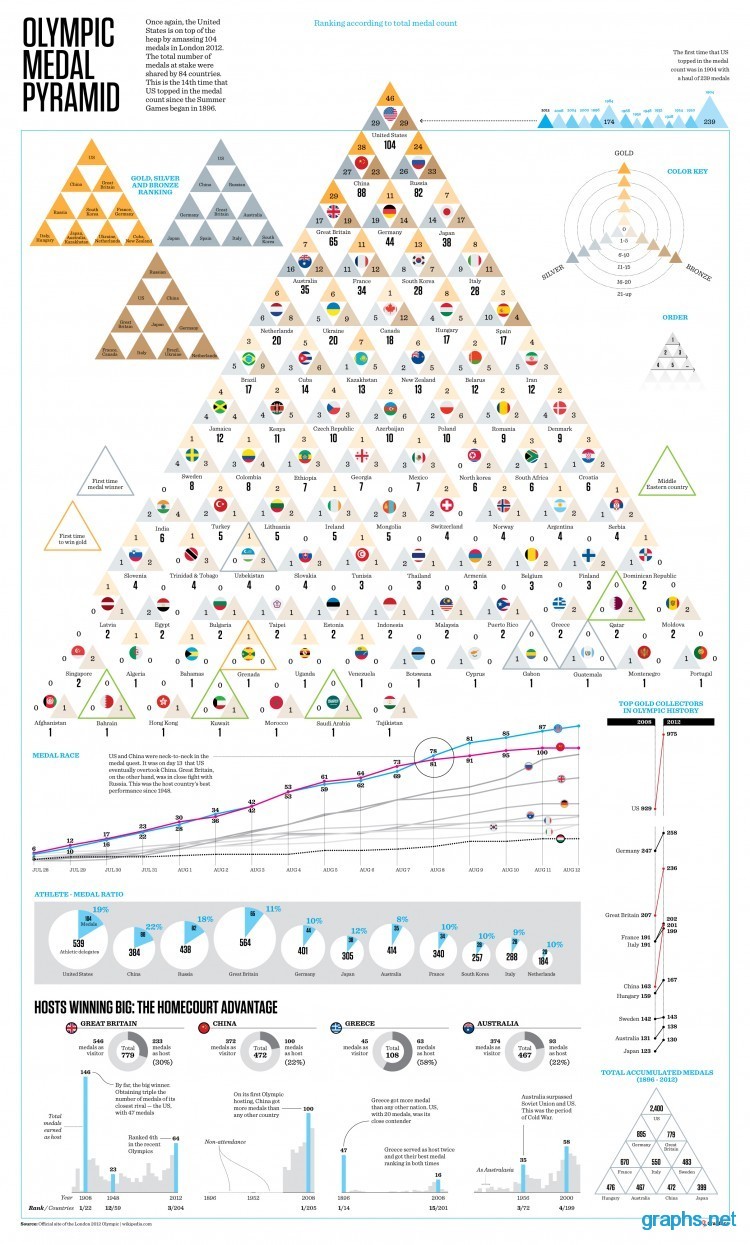 In the historic Olympics held in London in the year 2012, the supreme nation United States has bagged a total of 104 awards which comprises 46 Gold medals, 29 Silver medals and 29 Bronze medals. The next places were occupied by China and Russia where as the host Great Britain stood at 4th place in the pyramid of medals.

From the first Olympics to recent Olympics held between the years 1806 to 2012, the United States has grabbed a total of 2400 medals while Germany managed to win 885 medals on a whole. As a host of the Olympics, Great Britain won 30% of its total medals at home by taking the advantage of home court.