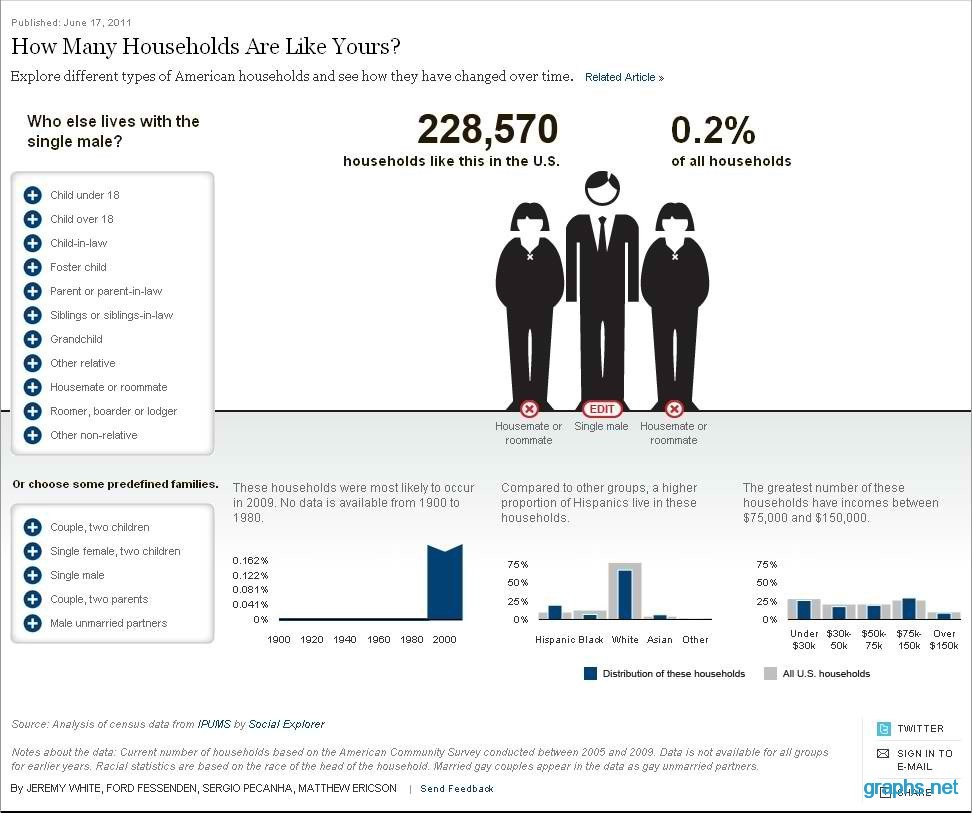 American households are of various types.

One among them is the single male household. Statistics reveal that a single male generally lives with one or two other occupants.

These are usually from within his family. Parents, children, siblings, grandparents and foster children are a some people who might live with him. Sometimes they can also be roommates. Roommates can be one or more depending on the income of the single male.

Some of the single males share their space with live-in partners. These can be single females accompanied by children or just a single male partner. Unmarried male partners are another possibility.

According to statistics, possibility of Hispanics living in such households is higher than any other groups. Finally, these households typically come under the income bracket of $75,000 to $150,000.