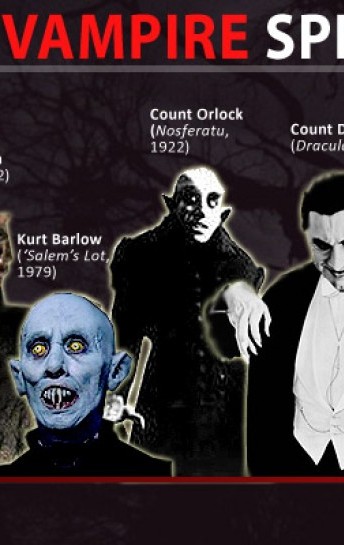 The evolution of the concept of Count Dracula as well as the rise of the Vampire Culture in the movies has gone through a variety of phrases right from the year 1922 when the first Vampire movie was made in German language called Nosferatu: A Symphony of Horror till date with all the new-generation vampires making girls swoon with their unnatural beauty and powers.

Vampires in the movies can be divided into three definite sections, the good and the pretty, the evil and the ugly, and those in the middle. Edward Cullen from Twilight, Damon from Vampire Diaries, Buffy the Vampire Slayer etc are considered good as well as hugely pretty while Count Orlock from Nosferatu, Count Dracula from Dracula, etc has always been considered the ugly and evil vampires.