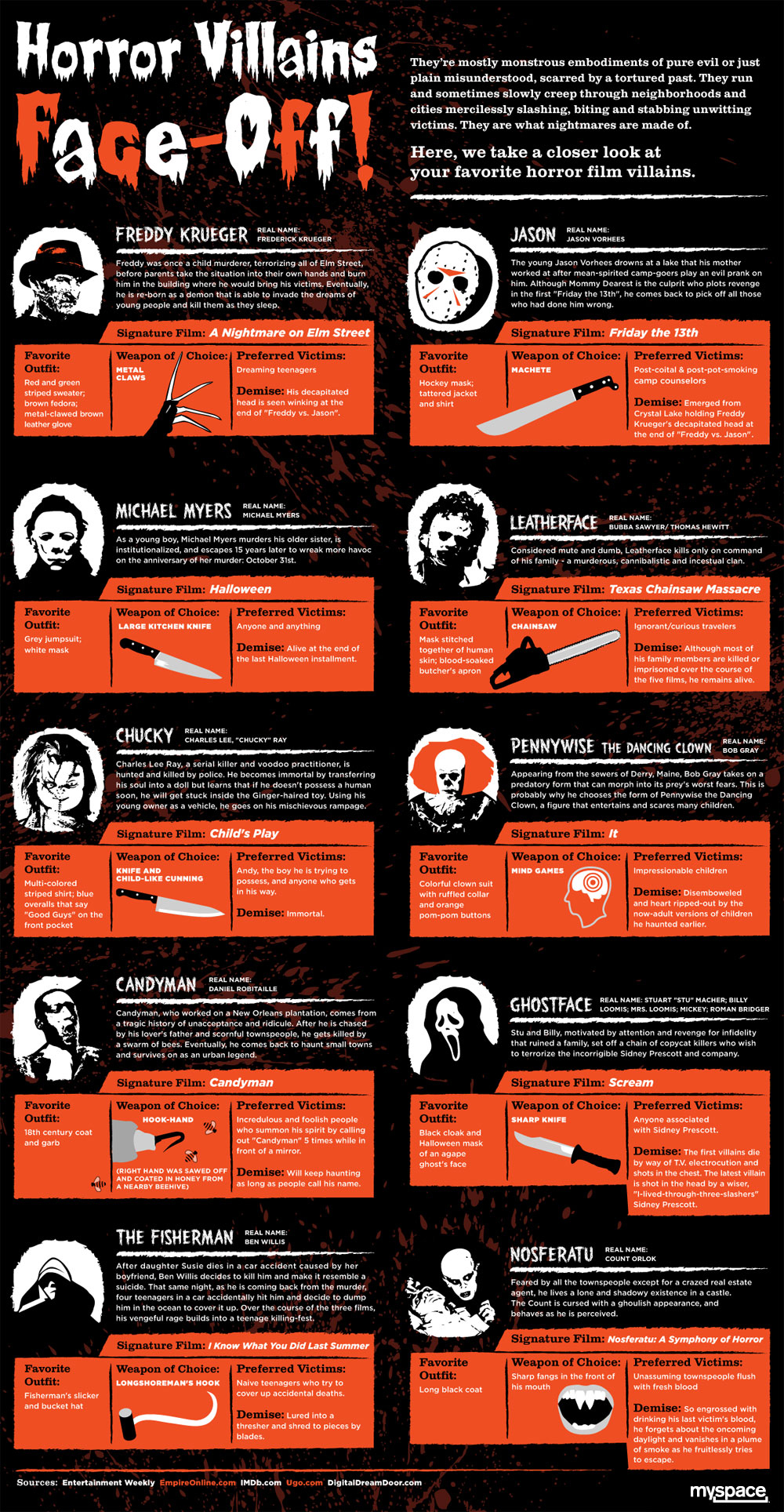 Villains regarded with hatred and contempt by the viewers have major significance in movies. Most of the movies are successful hits and are remembered for ages, because of the bad guys.

Some of the top bad guys who made their mark by evoking terror and fright among the viewers are listed in this infographic. Learn about your favorite villains their outfits, weapons and their preferred victims.

Freddy Krueger
Seen in A Nightmare on Elm Street, Freddy in a brown fedora, kills dreaming teenagers in their dreams.

Michael Myers
In the movie Halloween, Michael murders his victims with kitchen knives.

Chucky
This terrifying doll on a pursuit to possess Andy, goes on a killing spree in Child’s Play.

The Fisherman
Uses the famous longshoreman’s hook to kill teenagers involved in accidents in I Know What You Did Last Summer.