Know the difference between Ice cream and Gelato

What is Ice Cream?

Ice cream is a sweetened frozen food which is typically eaten as a dessert or snack. Primary ingredients of ice cream include milk, cream, and sugar. At the same time, it contains less fat 10-18% of butter fat it uses more cream than milk and uses egg yolk to bring the mixture together. Ice cream contains a higher fat content than gelato because of this heavy use of cream. The speed of churning is typically higher than that of gelato. In addition, it is served at a warmer temperature than gelato. 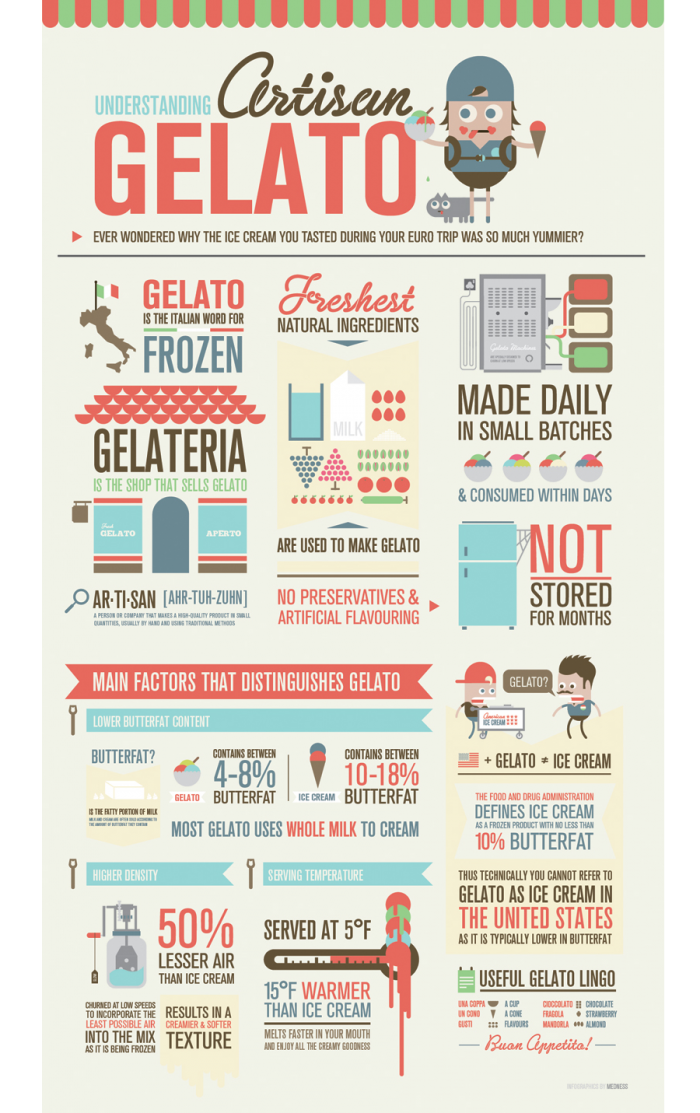