These days women in the US are finding it more embrassing to chose soccer for professionalism with a wide discrimination on gender bias. If you begin to scroll the Infographic line by line, you can understand the brewing problem in sports scenario. In the later stage on the Infographics, it depicts the pay rift between sexes in soocer games.

The complaint says that women soccer players are paid less when compared to the male counterparts. U.S. women’s national team has experienced great success over the past few years and has won three World Cup and an Olympic championship. In 2015 World Cup, these women players have attracted 26 million viewers and it has been a record in the most watched U.S. soccer game.

The women winning players compared with men receive very less money. The usual bonus awarded to the players who stand in the first second and third place is $75,000, $32,500, and $20,000 in contrast to the men. 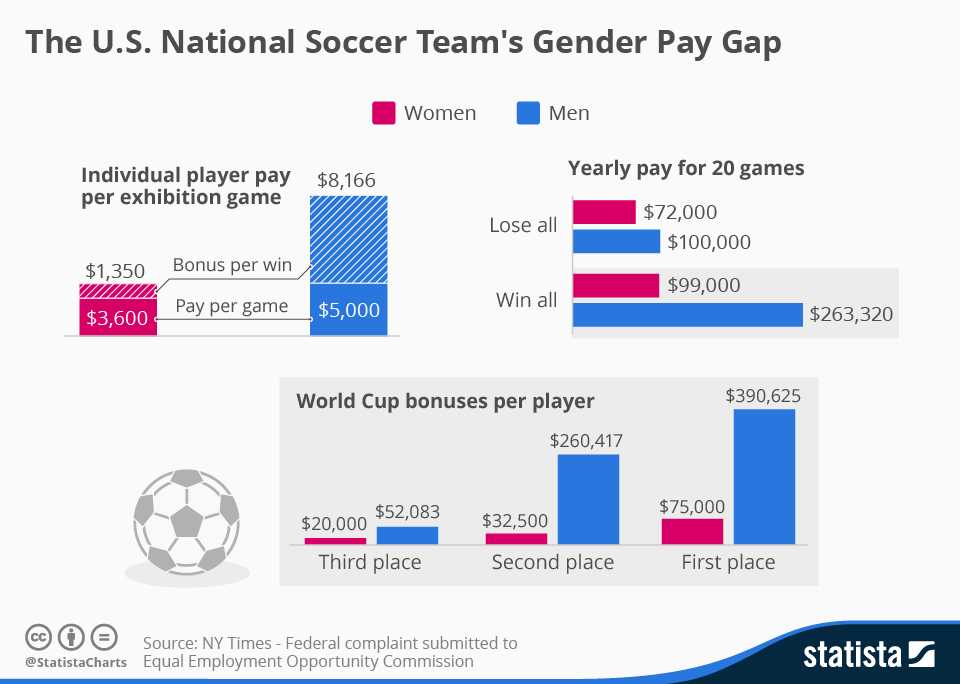