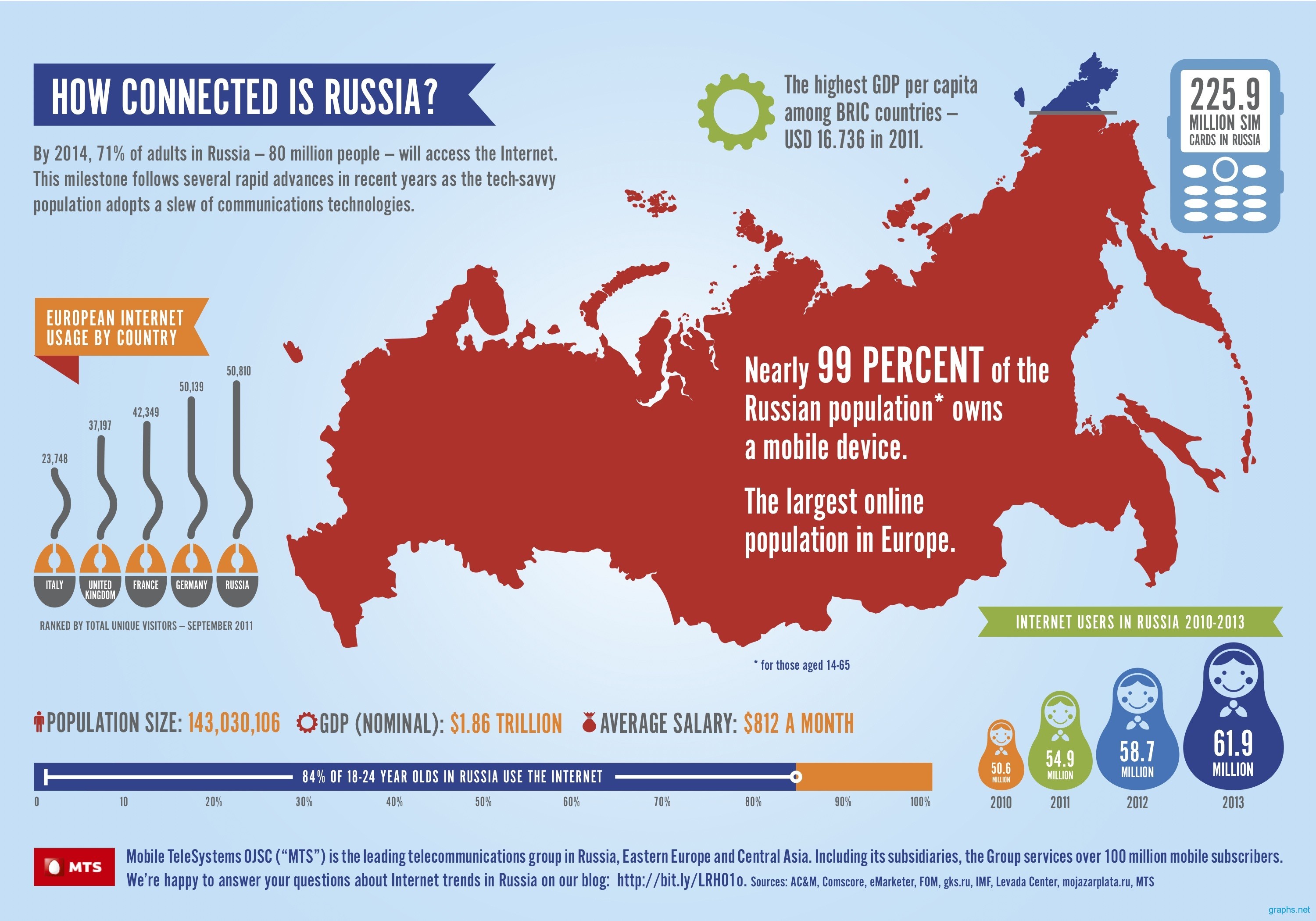 Russia often known as Federation of Russia is the largest county with an area of 17,075,400 square kilometers. According to Mobile Tele Systems OJSC(MTS), more than 225.9 million sim cards are used by individuals living in Russia.

Internet and Mobile devices are the major resources used by Russians to communicate with each other. It is a fact that nearly 99% out of total population in Russia own a mobile device. Reports estimate that by 2014, 80 million people in Russia will access the internet.

In entire Europe, Russia tops the usage of internet with 50,810 unique visitors and Germany is at next place with 50,139 visitors. Reports say that 84% of individuals aged between 18 -24 years use internet. The present number of internet users in Russia are 58.7 million and it is expected that by 2013, the number may reach to 61.9 million.

The GDP nominal of Russia is 11.86 trillion and among the BRIC countries, Russia tops the list with $16.736 GDP per capita.