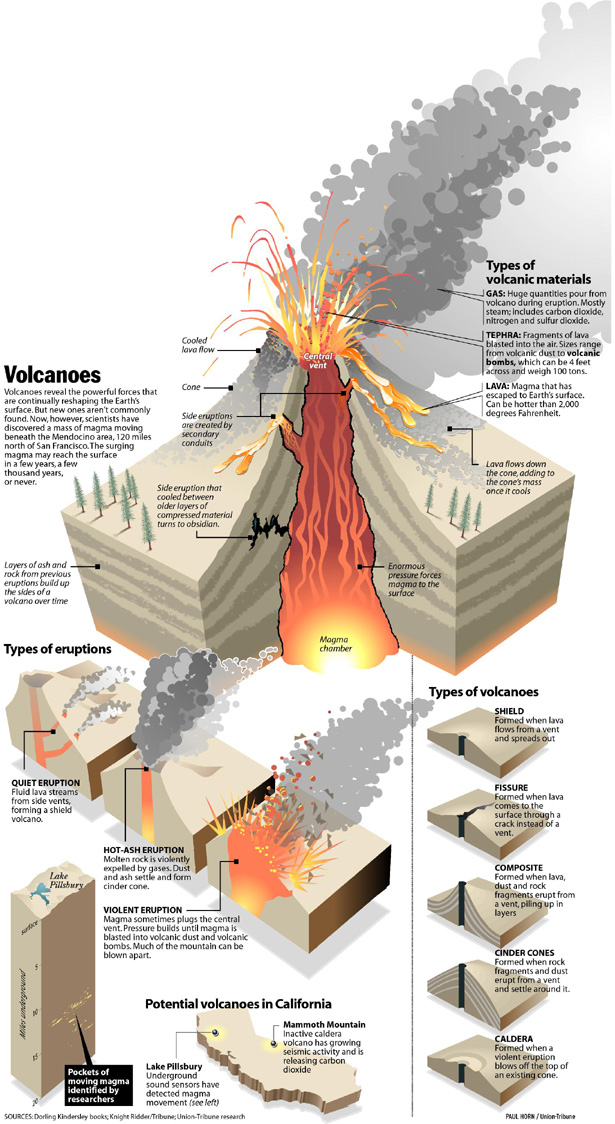 Volcanoes reveal the powerful forces that are continually reshaping the Earth's surface. But new ones aren't commonly found.

Now, however, scientist have discovered a mass of magma moving beneath the Mendocino area, 120 miles north of San Francisco. The surging magma may reach the surface in a few years, afew thousand years, or never.

once reaching surface it bursts of the mouth of volcano in 3 forms either it can form small vents or can flow eventually or will bombard releasing lava bombs into the air. the whole air is filled with the carbon black smoke and ash is fired into the air.