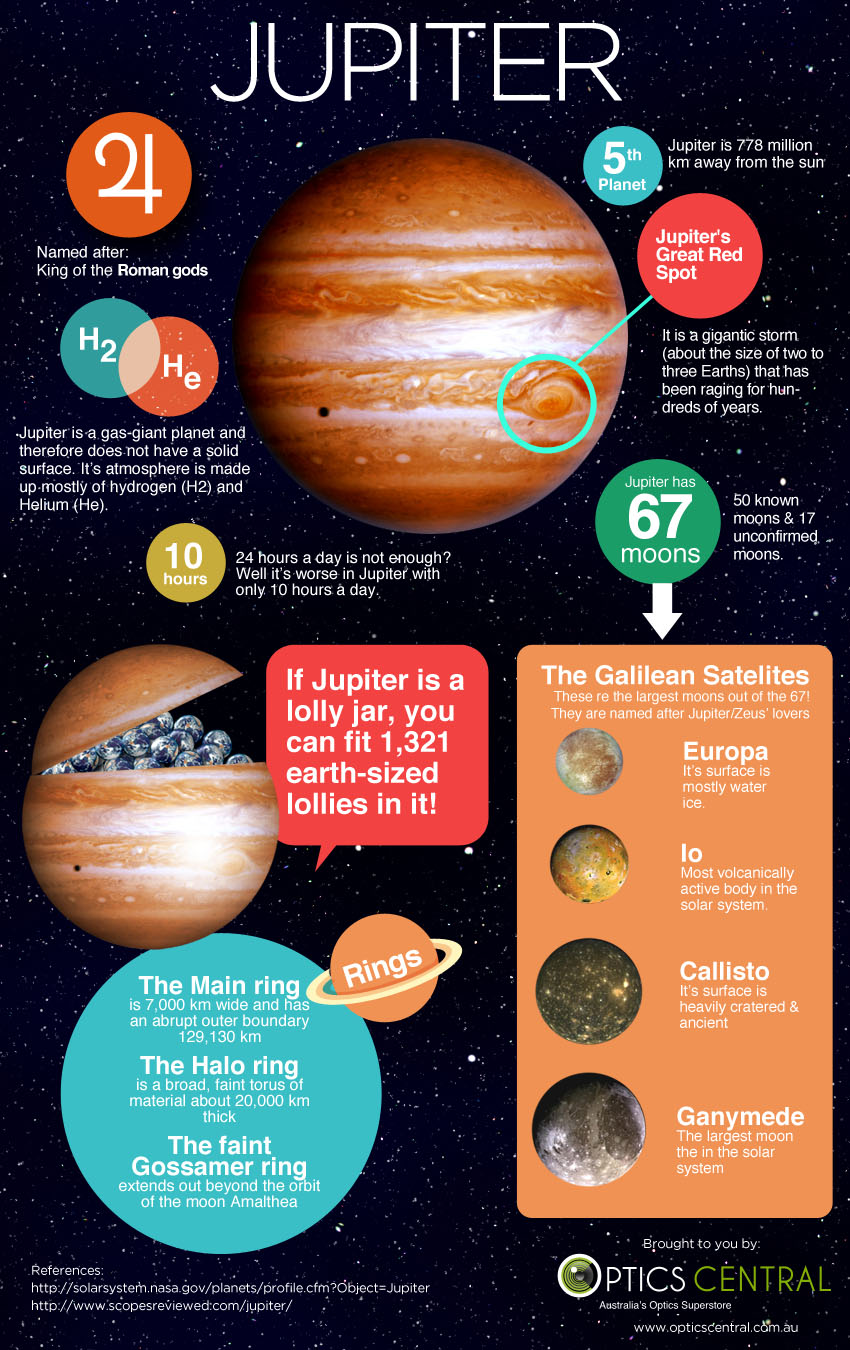 Jupiter, the 5th planet in the solar system is also the largest planet in the solar system, orbiting at a distance of 778 km from the sun. It has been found that Jupiter in mostly comprised of the gases, hydrogen and helium and it would not be wrong to assume that it does not have a solid surface anywhere.
The Red Spot that can be seen on the surface of Jupiter is in reality a gigantic storm that has been raging around the surface of Jupiter for almost 350 years. On Jupiter, a day-night cycle comprises of only 10 hours and it is known to have almost 50 moons with atleast 17 that are yet to be confirmed.