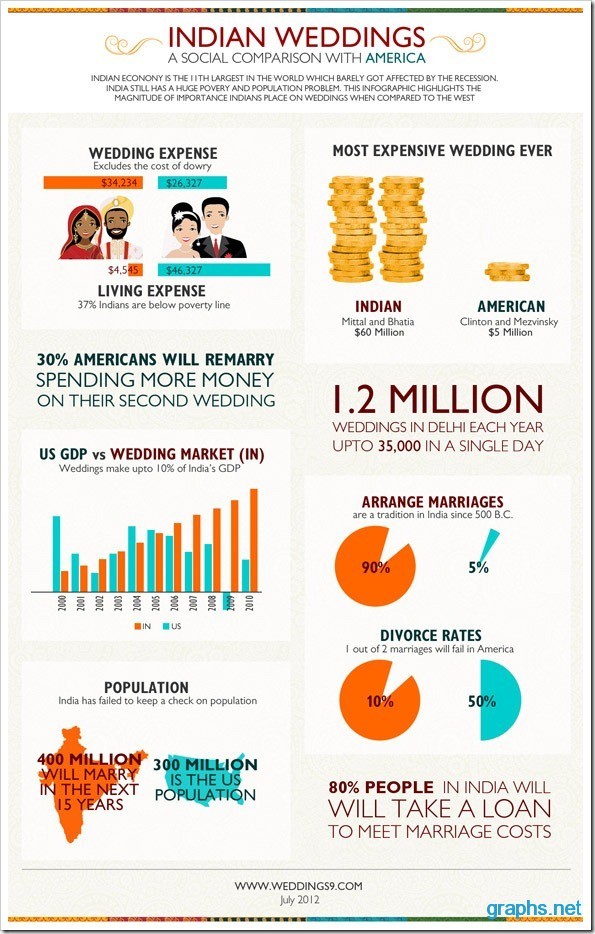 America being one of the richest nations in the world has far more simpler weddings than a third world country like India.

Lets look at a comparative study of the two. Average spending on an Indian wedding is $35,000 whereas that of an American wedding is $26,000. As compared to the living expenses Indians have $4500 while Americans have $46,000.

1 in 5 marriages are at risk of failure in the US, while in India it is only 5%. Most people in India celebrate a wedding by taking huge loans.