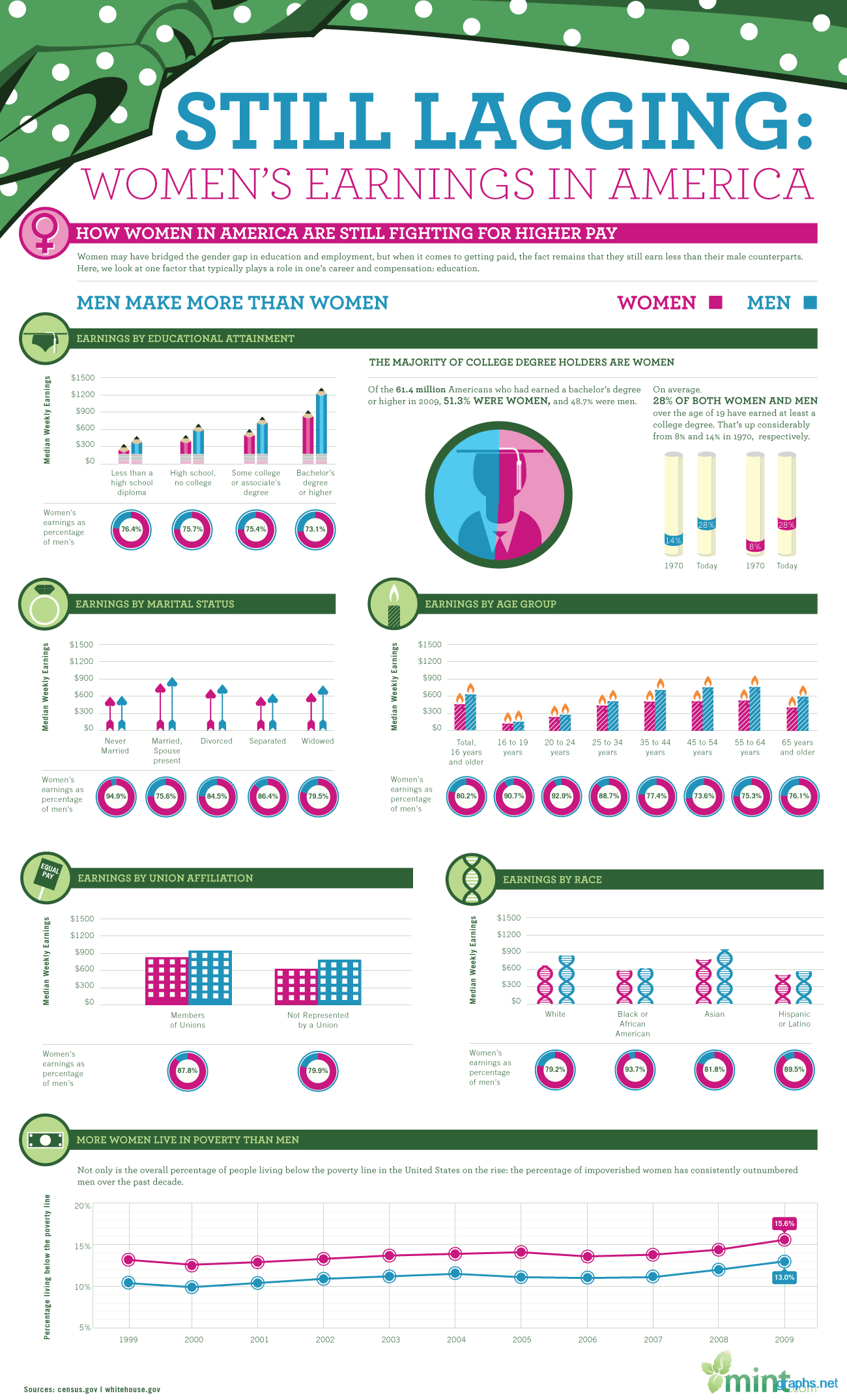 The woman of 21st century is a symbol of liberation.

Yet most American women are still fighting gender bias and glass ceilings. Even today, men make more than what their female counterparts with same or higher qualifications do. It is found that the scale shifts towards unmarried women when it comes to increased earnings.

Married women make the least. There is also discrimination based on the age group. Though more women than men hold higher qualifications, women in their 20s make most and their earning capacity declines thereafter.

Membership to a union means better pay scales for women. As a result the number of women living below the poverty line (15.6%) is higher than men(13.0%).