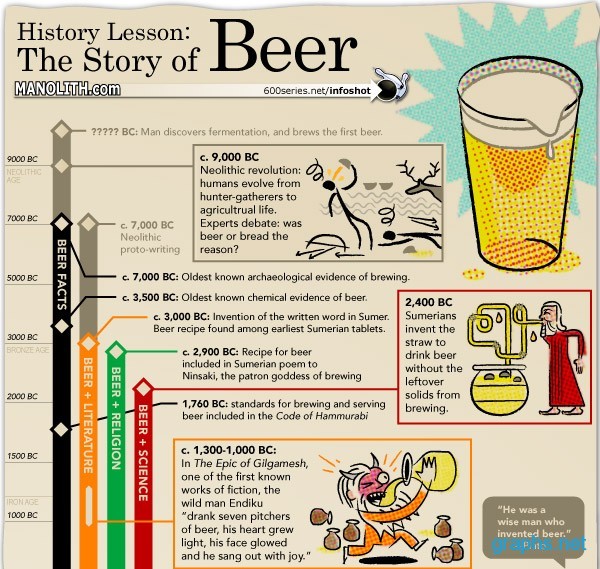 The origin of beer is started in 9,000 B.C. Although its is said that man discovers fermentation, brews the first beer but the time is not mentioned. However, experts debate over the main reason for human evolution whether food or beer during neolithic age.

The recipe of beer is found in Sumerian poems belong to 2,900 B.C. However, during 1,300-1,000 B.C. In the epic of Gilgamesh, a character known as Endiku drinks seven pitchers of beer. Plato admires the inventor of beer as wise man.