History and Facts about The Academy Awards 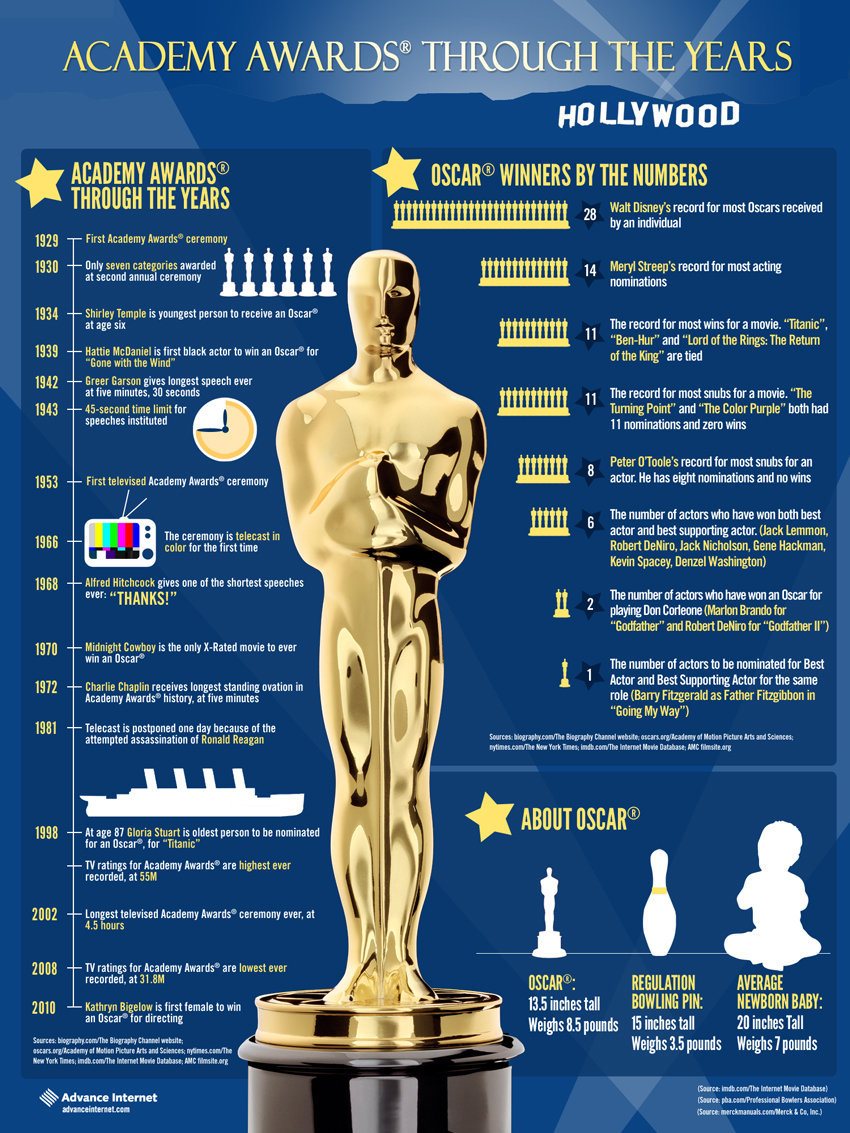 The 85th Academy awards are all set to be telecasted live to millions of audience around the world on February 24th this year. The Oscars ceremony will take place at the Dolby Theatre in Los Angeles, California. Seth MacFarlane, best known as the creator of Family Guy, is going to be the host for the awards function.

The premiere of the Academy Awards is the most eagerly awaited event of the year. Oscar fever is in the air. Everyone from nominees to movie lovers are all anxiously waiting for the ceremony to commence and hoping for their best.

Take a look at the history of the Academy Awards and some interesting facts in this infographic. The very first ceremony for The Oscars was held in 1929. Initially, only few categories existed, but over the years, many new categories have been introduced.

The 13.5 inches tall, Oscar statuette is a highly desired award, as it recognises the best talent in cinematic accomplishments. The longest ever televised Academy Awards ceremony was in 2002. Winning 28 times, Walt Disney holds the record of receiving the highest number of Oscars.