Highest Paid Leaders In The World 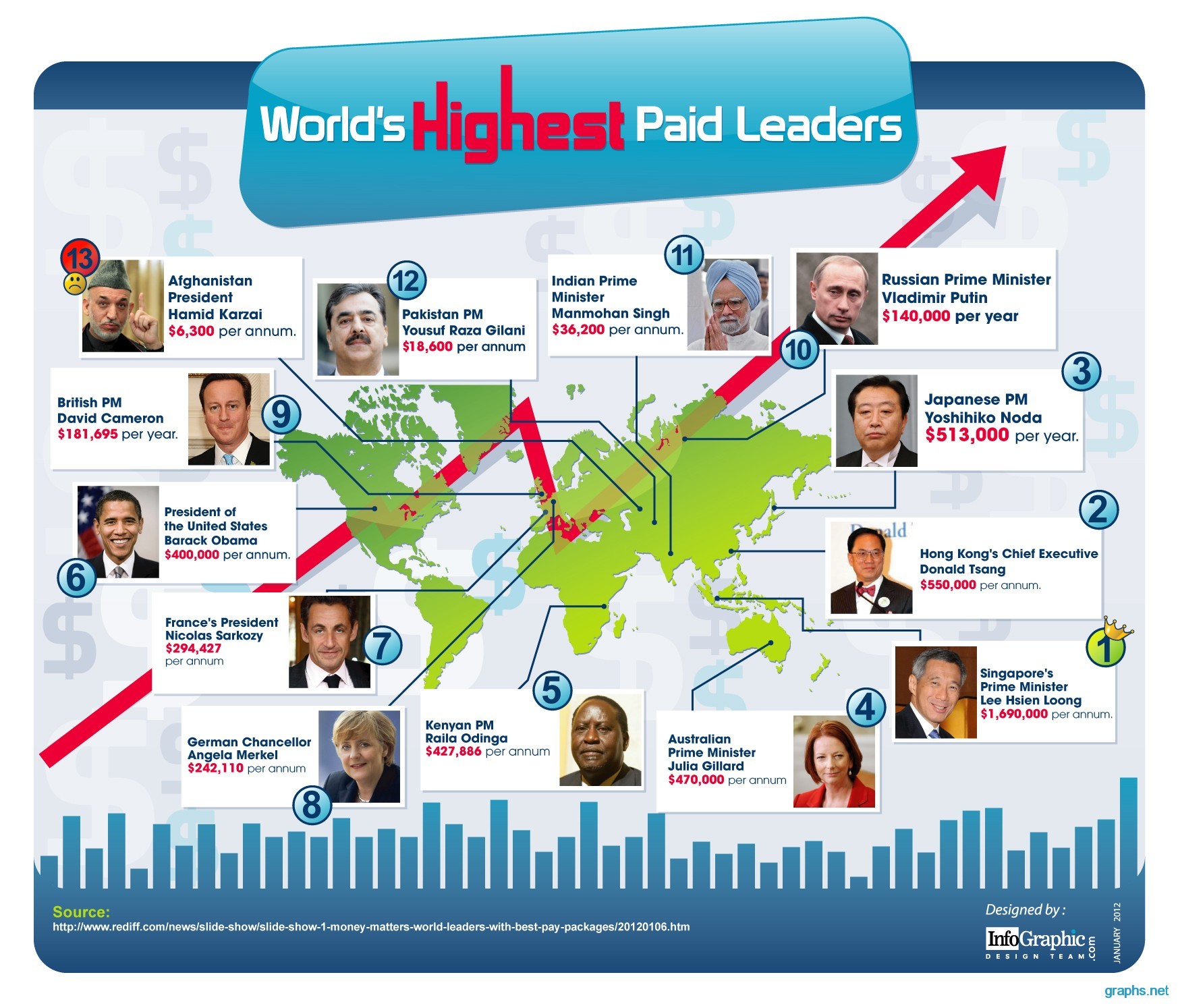 Whom do you think the richest head of a state in the world?Well, let’s take a look on the incomes of our leaders of different nations.  We assume that Barack Obama gets the highest salry. But its Mr. Lee Hsien Loon g of Singapoor receives $1,690,000 and remains as the highest paid leader.

However, Barack Obama is remained in the fifth position with $400,000 annual income.