If you haven’t been paying attention lately then you may not know that the US Department of Defense has recently confirmed and declassified videos of “unexplained aerial phenomena” - more commonly known as UFO’s. The footage released was filmed in 2004 by two navy fighter pilots traveling along the Pacific Ocean. One of the videos shows a hovering object in the distance, defying the laws of physics. A second video filmed at a separate time shows an unidentified spinning object racing through the sky. With the government admitting that these videos are in fact authentic UFOs caught on camera, many have confirmed what most already believe - we are truly not alone.

Fascination with alien life outside of our universe began in 1947 in a desert town near Roswell, New Mexico after a mysterious crash of a UFO near a secret US military base in the desert. Since then many conspiracies have formed and many UFO sightings have been reported. This analysis of the National UFO reporting centers database shows just how many reports have been filed and where these sightings have happened across the US and Canada.

Many different UFO shapes, formations, and materials have been reported across the sky. The most commonly reported UFO shapes include bright lights, triangles, circles, and disks. The cities with the highest concentration of sightings are typically dotted across the coast lines. Although Colorado, Utah, and Montana also make the list. Gila Bend, Arizona comes in the number one spot with most UFO sightings per 100,000 people. Although it is a tiny town, it reports a usually high number of UFO sightings per capita. 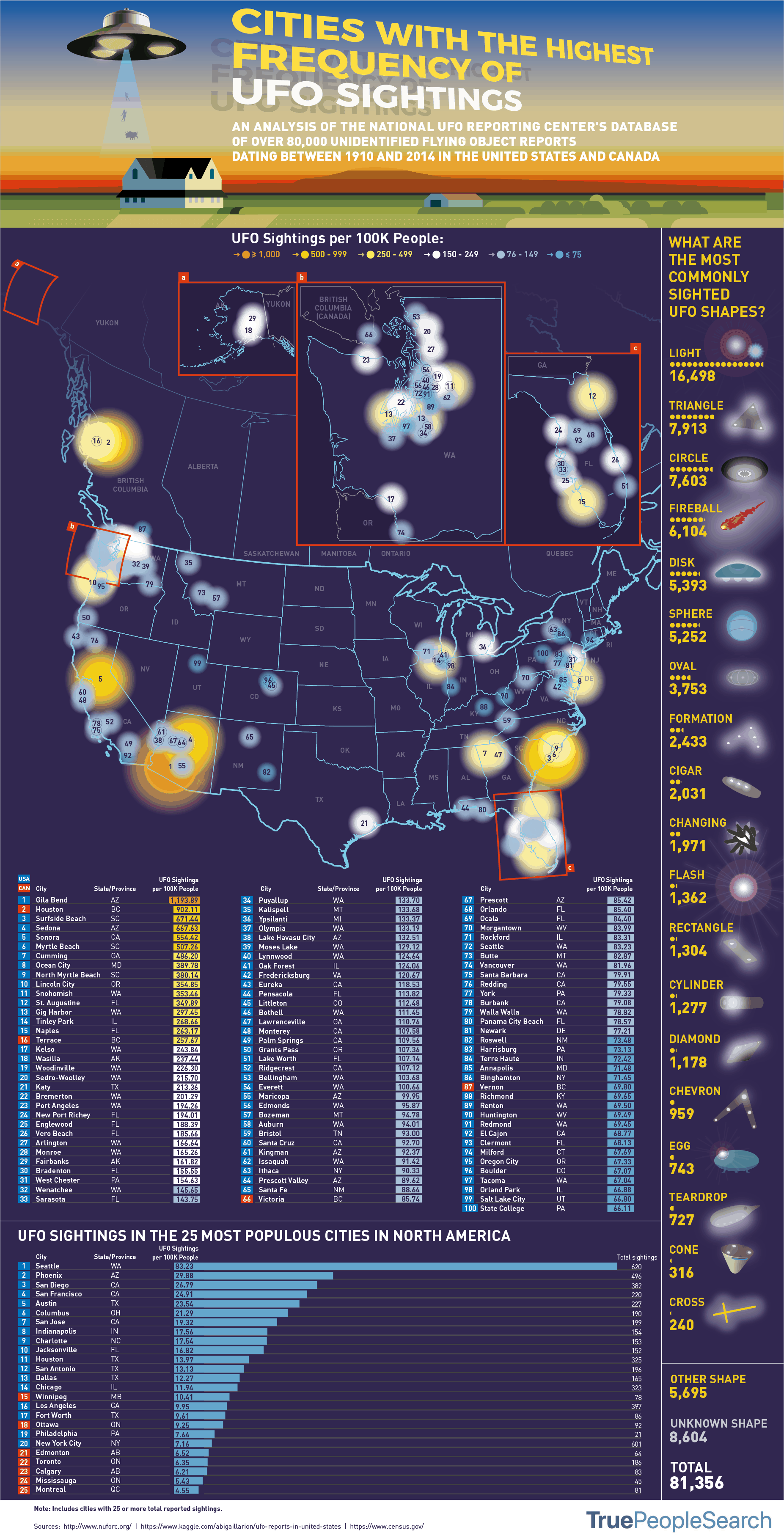