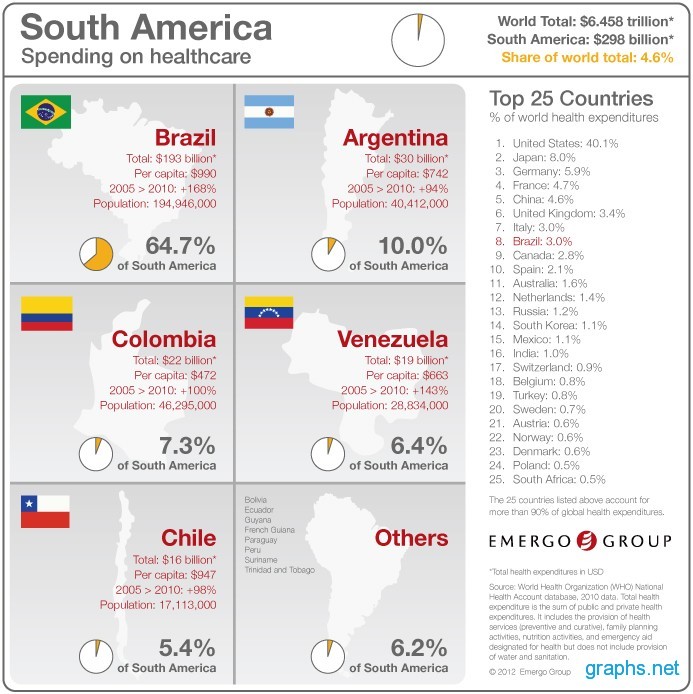 According to data collected by the World Health Organization, Brazil leads the annual spending amount on health care when compared with other states such as Venezuela, Colombia and Chile etc. Due to its highest per capita, Brazil spends over $193 billion on the health care of citizens. In coming years, Brazil will spend more amount of money as million of citizens are lifted up above the poverty line.

The infographic shows the statistics of health care spending of several states in South America.

The share of South America in world's total health care spending is 4.6%.