The net worth of Stephanie Meyer, the author of the Twilight series stands at $125 Million whereas that of J.K. Rowling is 1.1 Billion. Isabella and Jacob, which are names of characters in Twilight, are the most popular baby names in the US while on the other hand Harry is the most popular boy baby’s name in UK. 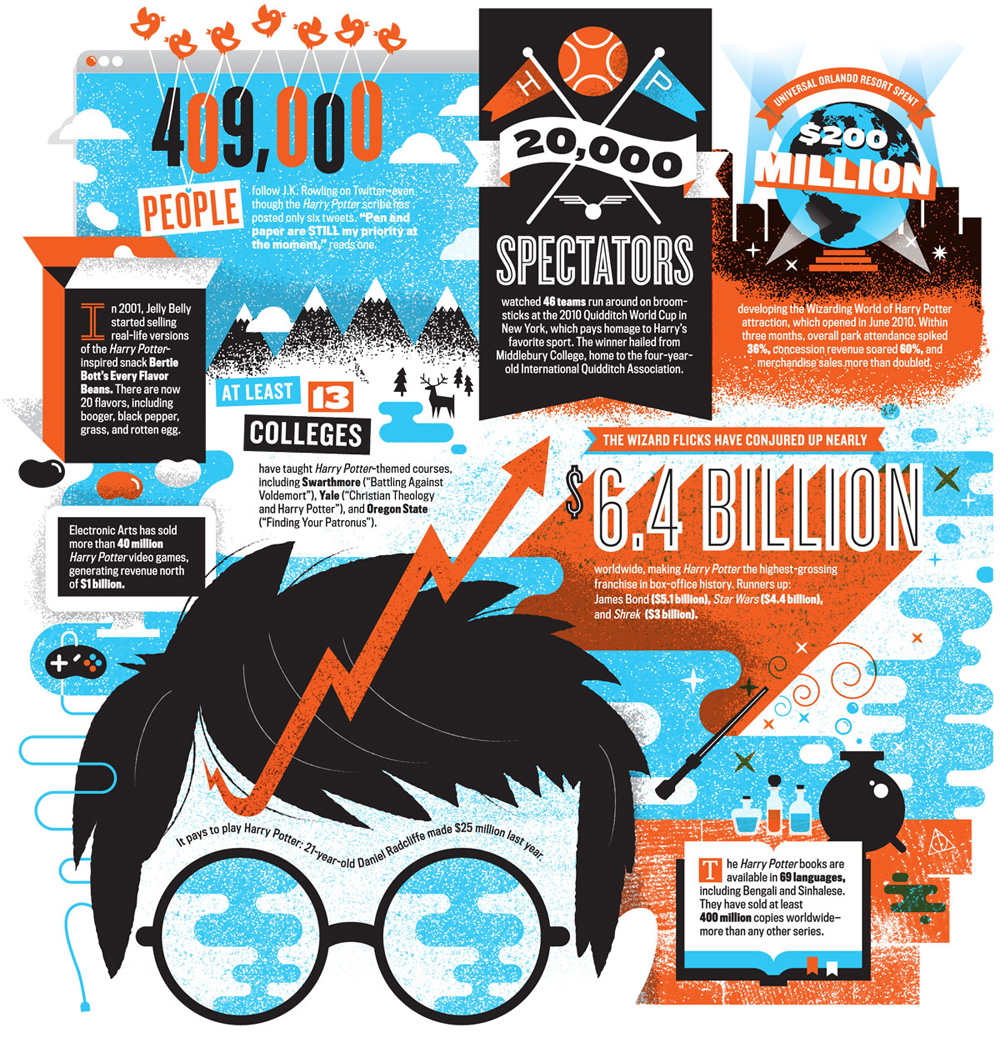 409000 people follow J.K. Rowling on Twitter while the Universal Orlando Resort spent $200 Million in developing the Wizarding world of Harry Potter which was opened in June 2000. The Harry Potter movie series has earned $ 6.4 Billion worldwide and is the highest grossing franchise in Box office history.

The world of Harry Potter

Harry Potter and the Box Office 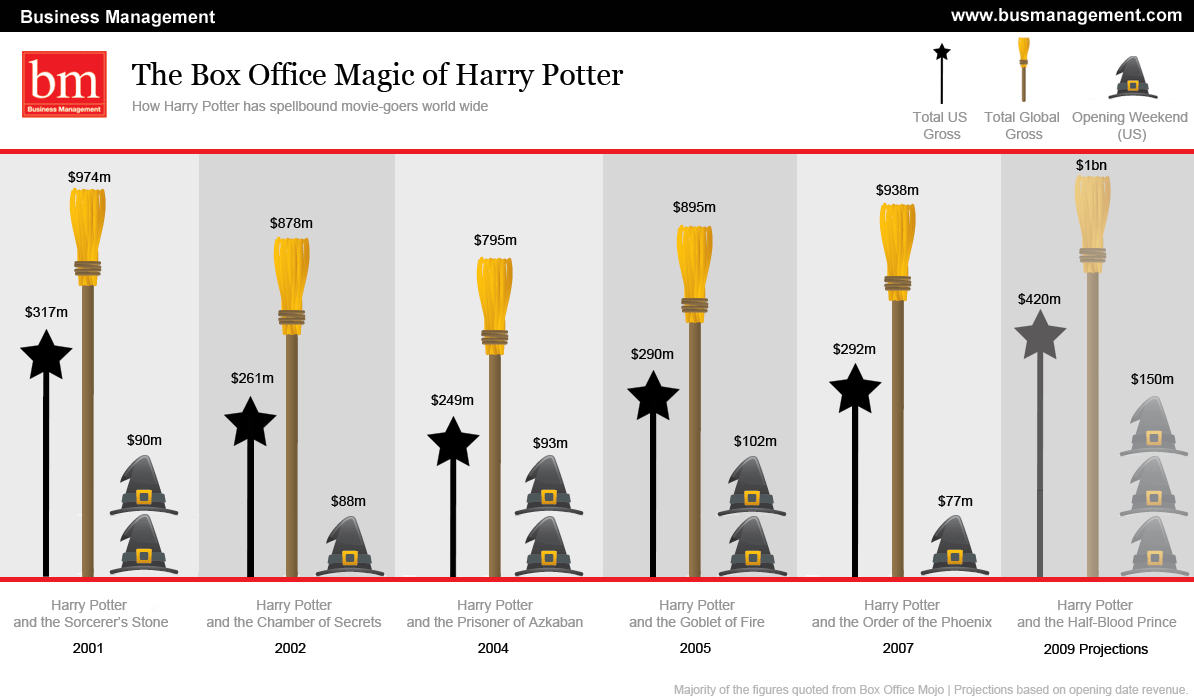 The Harry Potter and the Half Blood Prince made business of a whopping $ 1 Billion globally while it made the first $150 Million in the opening weekend itself in the US. Even the first part made $974 Million worldwide in the year 2001. 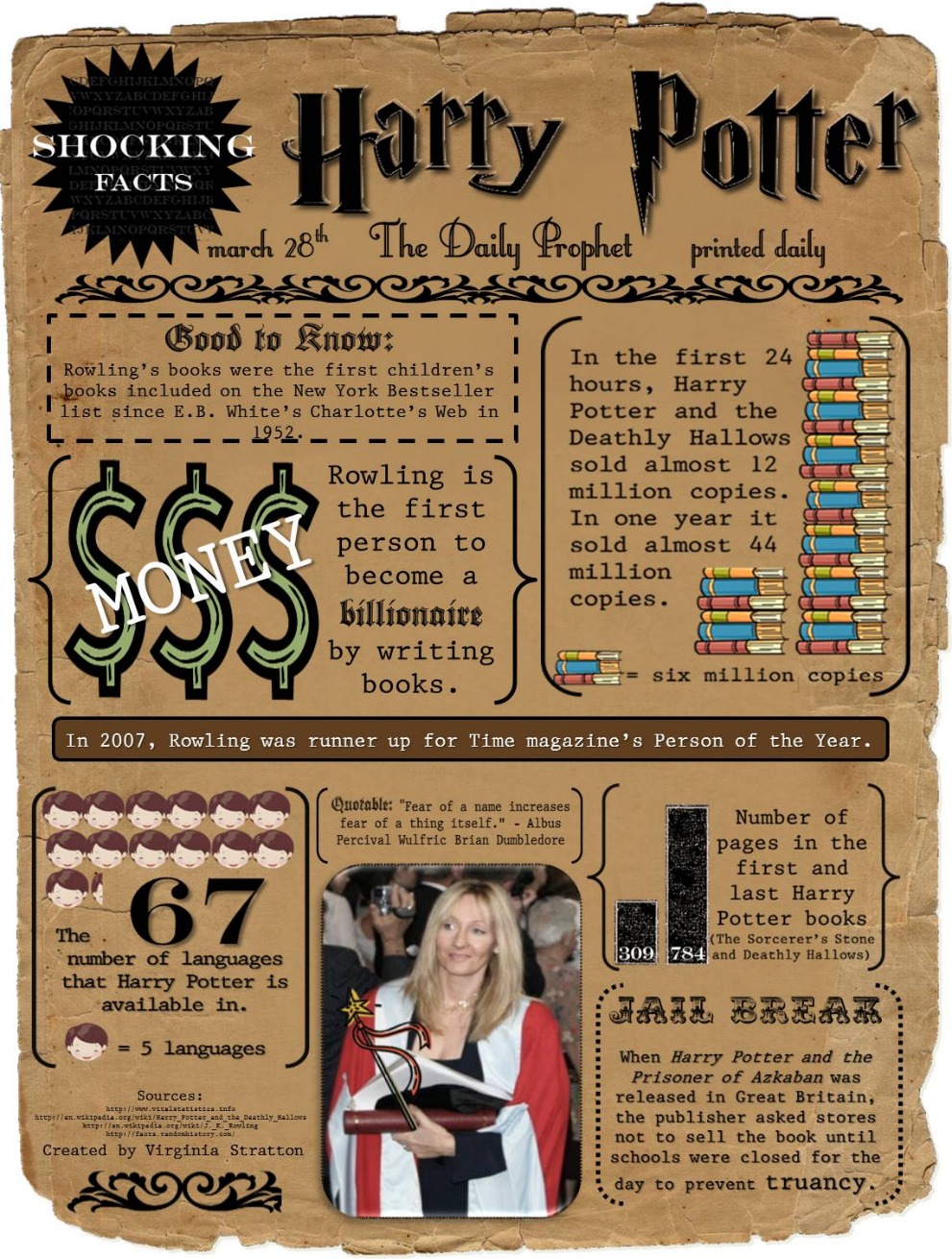 J.K Rowling is the first person ever to become a billionaire by writing and selling books!

The first part of the Harry Potter series had 309 pages while its last part had 784 pages.

Harry Potter’s defence against dark arts teachers and their ratings 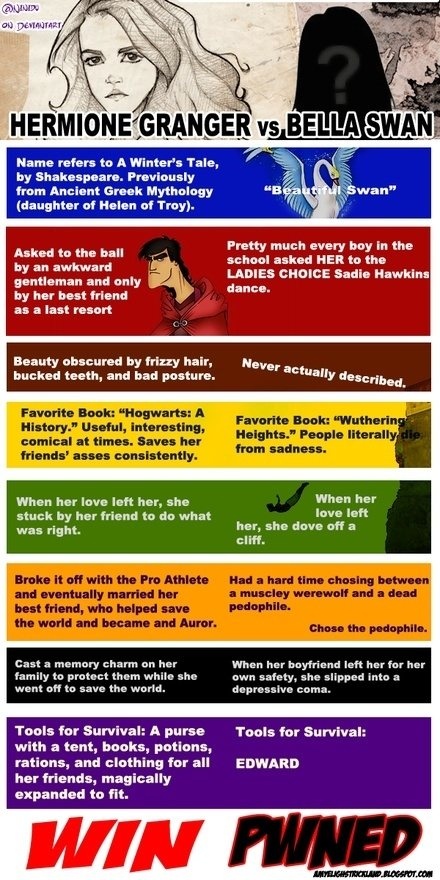 Hermione Granger from the Harry Potter series is Harry’s best friend while Bella Swan from Twilight is Edward Cullen’s love interest. Hermione’s favourite book is ‘Hogwarts: a history’  while that of Bella is ‘Wuthering Heights’.

The Lord of the rings VS Harry Potter

Gandalf from TLOTR as a mentor wins from Dumbledore from HP but Ron from HP wins over Samwise Gangee. When it comes to the villain, Sauron from TLOTR wins from Lord Voldemort from HP.