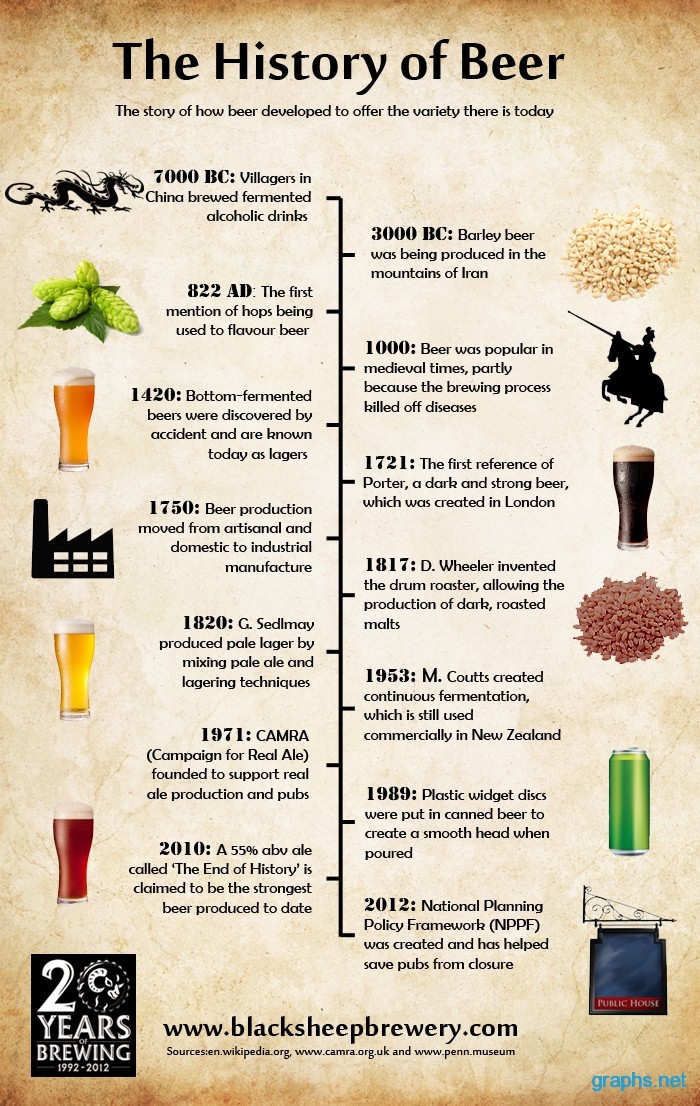 The history of beer dates back to 7000 BC China where it was first brewed.

In 3200 BC barley beer was brewed in Iran. In 822 AD hops was used to flavor beer. Later in 1420, lager beer was made and the first industrial manufacture of beer happened in 1750.

In 1721, Porter, a dark and strong beer was produced. In 1817 roasted malts were first made. In 1820 pale lager was developed by mixing pale ale with lager.

In 1953, continuous fermentation technique was developed for large scale industrial production. The End of History developed in 2010, is the strongest beer so far.