Football fanatics and fans are pretty widespread across the globe. Football is a religion for most nations and for a large population of the earth. Here are a few interesting details about football.

Analysis of the top 50 earners in world football 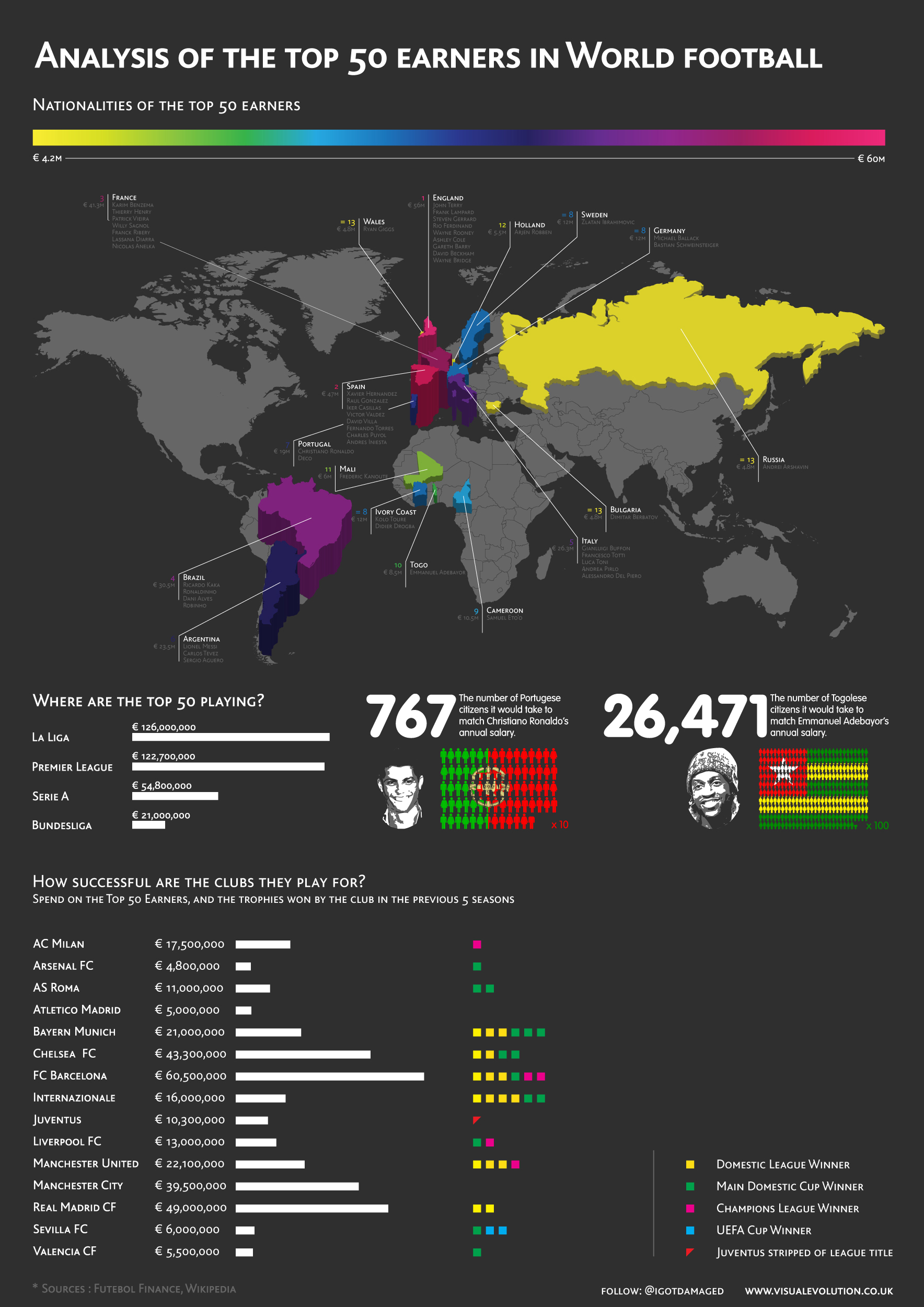 SoLoMo stands for social local mobile world.  The social activity is currently number 1 in the world  whereas the location based services grew 300% over the last one year. 27% more football fans followed the 2010 world cup over mobile internet as compared to the 2006 world cup.

The market value of Messi is 100 Million Euros while that of Ronaldo is 90 Million Euros. Messi has 50 goals to his name in comparison to the 46 goals of Ronaldo in the Primera Division. Even in the champions’ league, Messi leads Ronaldo with a difference of 4 goals.

Economic and sales productivity during the 2010 football world cup

80% of the world population viewed the Football world cup 2010. There were about 95 Million viewers per match. It is a fact that more than 120 Million US viewers watched atleast one minute of the world cup telecasts.

The match between Arsenal and Liverpool held on March 3, 2012 saw 54% of Liverpool fans and 46% Arsenal fans. The most intense participation of fans outside the UK is in China. The second place is held by US and the third spot is taken by Thailand.

For every hour spent on managing fantasy football at work costs the company an average of $5 per hour which accounts for $20655000000 lost productivity per year. About 27 Million people in US and Canada play fantasy football.

Manchester United and Liverpool have won a total of 18 titles each whereas Arsenal has won 13 titles till date. Other teams to top this list of total titles won are Everton and Aston Villa with 9 and 7 titles won respectively.