Fastest Swimming Shark In The World 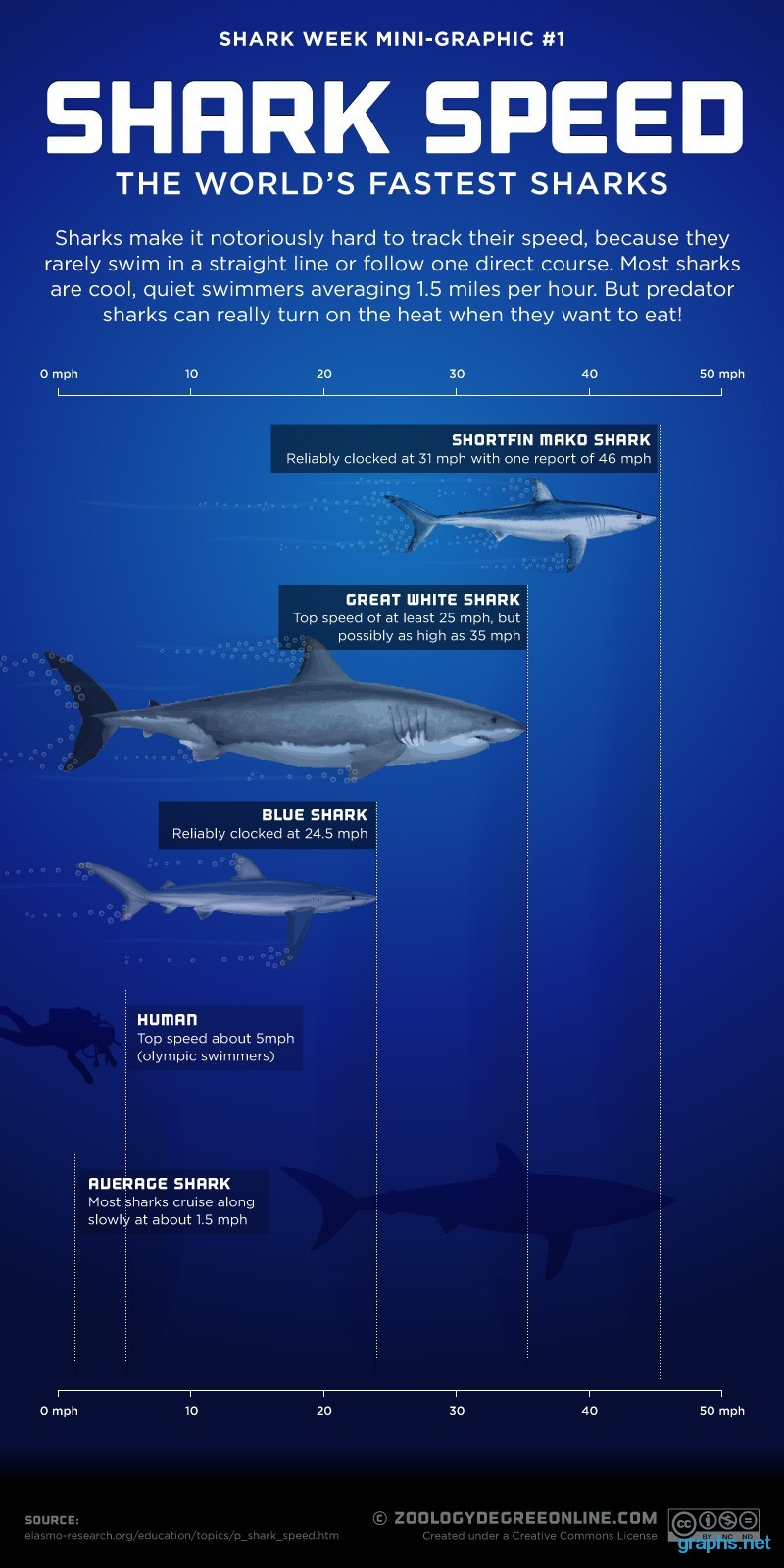 Sharks are generally known for detecting prey from many miles away. It is unclear that they can fast or not. Studies say that they can swim faster. For example, the Shortfin Mako Shark is believed to be the fastest shark whose speed recorded at 46 mph.

The Great White Shark's swimming speed is 35 mph. On the other hand, Blue Shark's speed has been recorded at 24.5mph. However, when compared to human speed, an Olympian can swim at a speed of 5 mph, which is substantially lower than the above sharks. Sharks can cruise slowly at1.6 mph speed.