Family in the Modern World 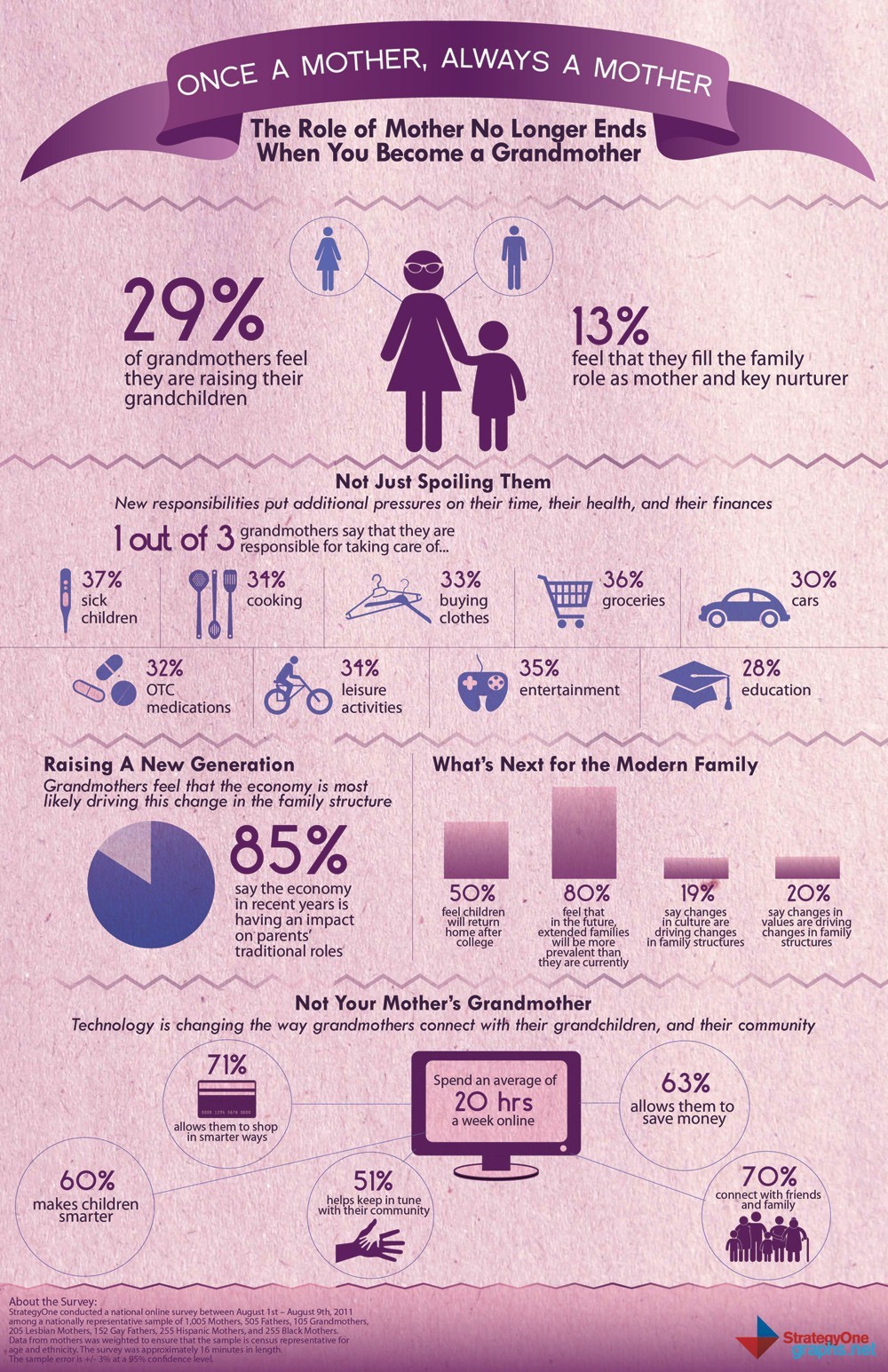 The Survey reveals the unchanged role of mother in a family in the modern world.

29% of participants (grandmothers) in the survey were found to be raising their grand children.   And other 13% feel that they can fill role of mother or nurturer in their family.

Although new responsibilities put additional pressure on their time, health, etc, but 37% of grandmothers has the responsibilities like taking care of sick children. Another 36% of them bring groceries. A 34% involved in cooking.

But 85% of them say that the economy plays a bigger role in changing family structure. It has impact on parents’ traditional roles. However modern family grandmothers have altered their views.

20% of them say changes in values are driving changes in family structure. Additionally, they said technology changes the way they stay connected their grand children and community.

A significant 70% of them connect with their friends and family. They spend an average of 20 hours a week online.