Facts and Stats Of Suicides In Ireland 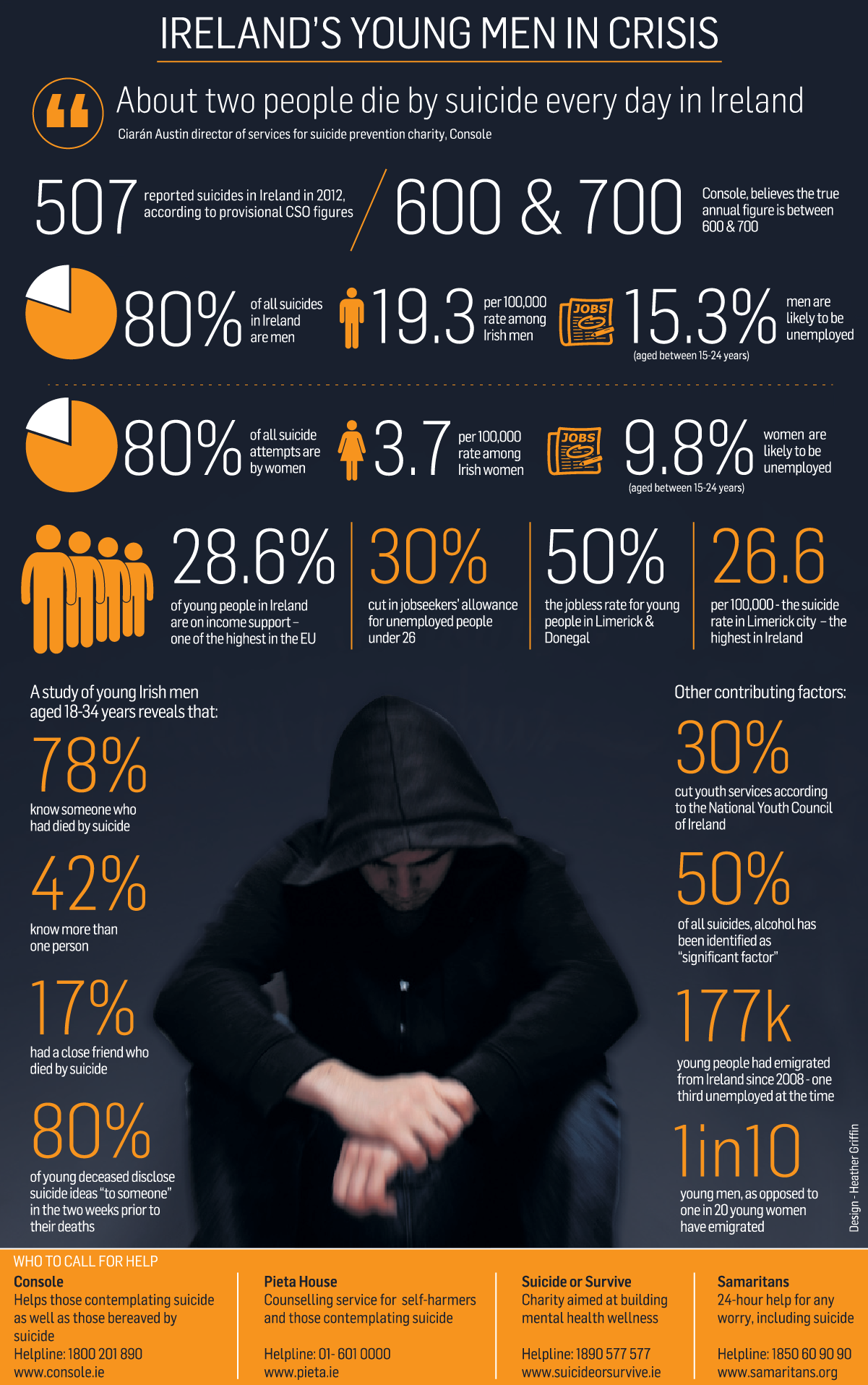 Suicide has turned an ultimate solution to the many of the teenagers in Ireland.

Suicides in Ireland are increasing alarmingly day by day. In 2012 507 suicides have reported in Ireland and console believes that true numbers of suicides are between 600 and 700.

28.6% of the young people in Ireland are in income support one of the highest in EU. 30% cut in job seekers allowance from unemployed people under 26. 50% of the jobless rates for the young people are in limerick and Donegal.