There are various different types of energy drinks available in the market and they are becoming more and more popular among the people. More details about these drinks are given as follows

The latest specification issued by UAE in regards to energy drinks states that any drink that will contain more than 32mg of caffeine per 100ml will not be sold in the country to the pregnant women, children under the age of 16 and people suffering from heart conditions and taking part in sports. As per the specification other content limit per 100 ml drink includes Inositol limit to 20mg , Glucuronolactone limit to 240mg and Taurine limit to 400mg. Moreover the specification also states that the energy drinks will also need to carry a warning label on them.

Energy Drinks are used by people in various different situations. A survey on students revealed that 68% of the people consume these drinks while studying, 49% use the drinks while partying and 51% are the ones who think that moderation of these drinks is not harmful. There are around 86% of the people who consumes on an average of 1-3 drinks per week and 50% prefer to have Red Bull to Amp. Around 54% of the students drink alcohol and the energy drinks together at the parties. 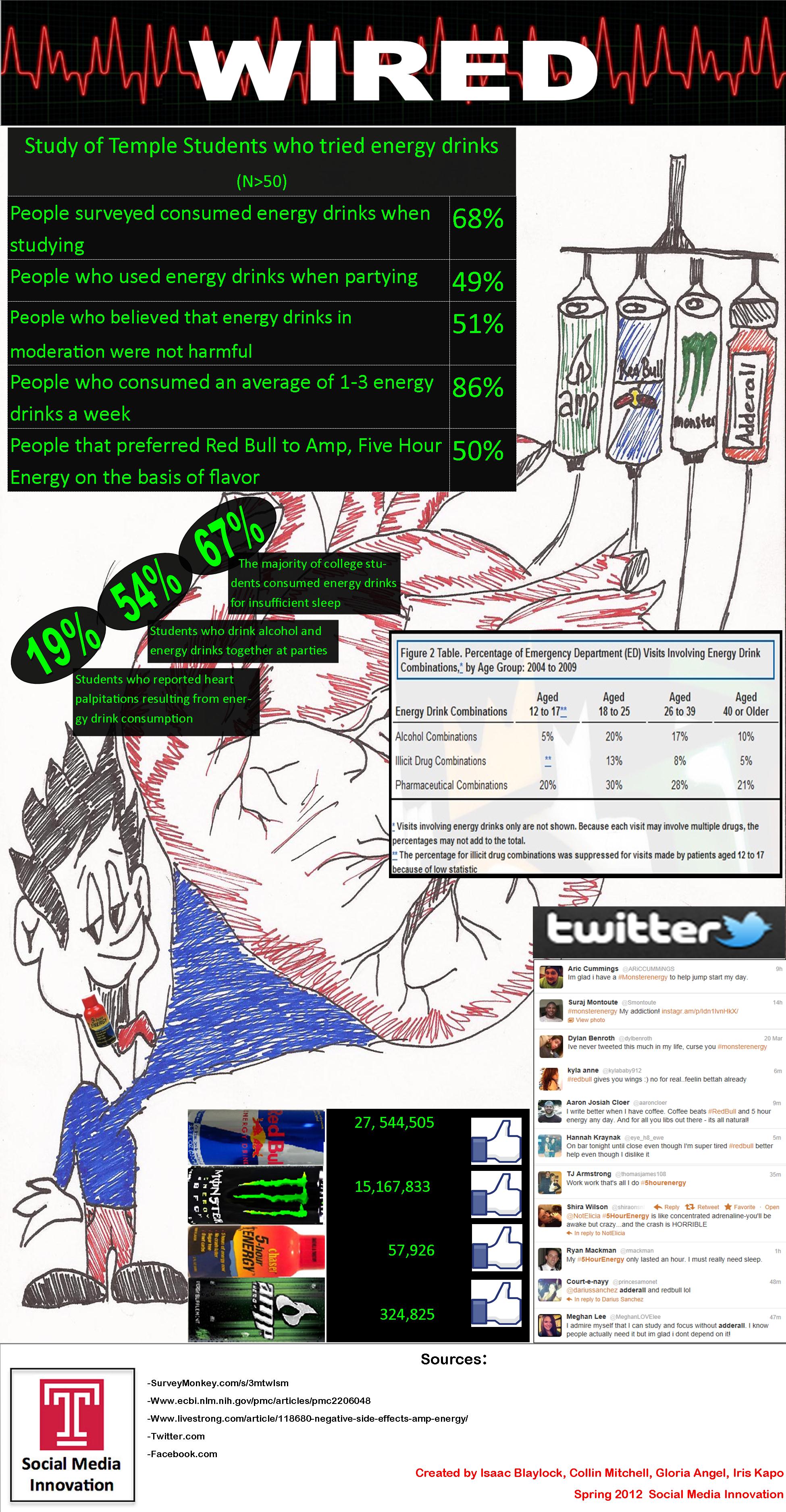 As per the studies a safe daily level of caffeine consumption by a healthy adult is around 400mg, for pregnant women it is around 200mg and for children it is between 45 to 85mg per day. The levels of caffeine in popular energy drinks were studied by the Consumer Reports magazine which revealed that 5 hours Energy Extra Strength has the highest caffeine content of 242mg per serving.  Caffeine Contents in other drinks included Rockstar Energy short at 229mg, Full Throttle 201mg, Arizona Drink had 129mg, Starbucks Doubleshot had 88mg, Red Bull contains 83mg and the lowest among all was found in 5 hour Energy Decaf which had 6mg of caffeine. 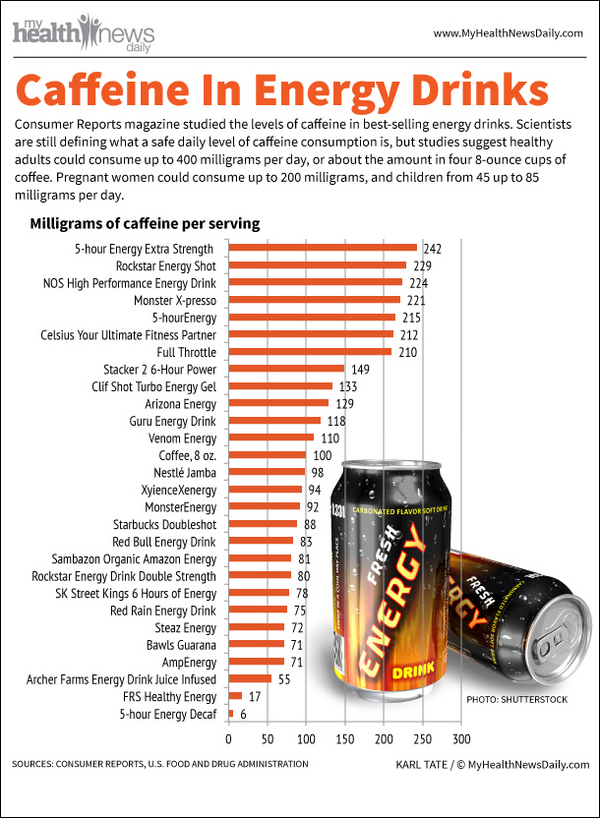 More about Energy Drinks and its Contents:

Red Bull was launched in the US market in the year 1997 which was followed by AMP& Rockstar in 2001. In the year 2002 Monster was launched and in 2004 Full Throttle entered the market. In the year 2012, the energy drink industry was estimated to be around worth of $5.4 billion. Some of the major ingredients that are found in an energy drink include Ephedrine, Taurine, B- Vitamins, Ginseng, Carnitine, Inositol, Guarana Seed, Creatine, Evodiamine, Ginkgo Biloba, Milk Thistle and Yohimbine.

The consumption and sales of energy drinks like Red Bull are increasing due to various reasons like they are less expensive than the crystal meth, they are easier to open than a battery, they give strength of 10 lumberjacks who has also taken energy drinks, they combine the secrets of the eastern medicine and western marketing, the small cans make the person feel like a giant among the men, the people have got tired of using powder or pill form for energy, the people wants to get in the trend before they know the negative sides and these drinks temporarily gives a sense of drive and purpose to the drinker. 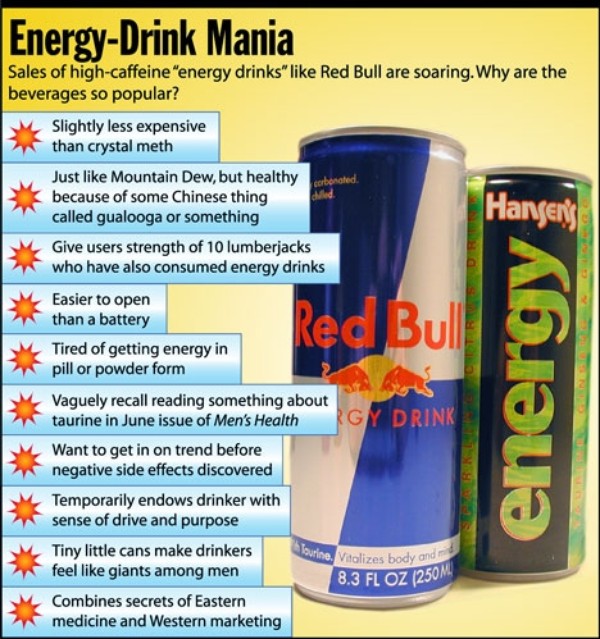