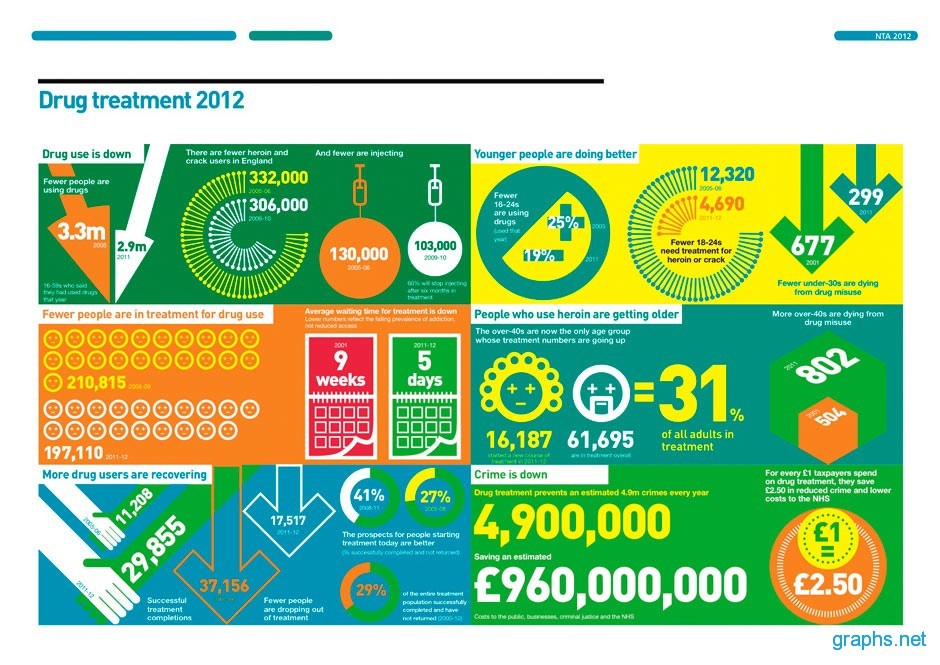 The NTA( National treatment agency) is a part of national health service in England. It was established in 2001 to improve the health status of drug addicts and effectiveness of drug treatment.

Reports show that for the year 2010 – 2011, only 197,110 individuals are availing treatment for drug use. The waiting time for treatment in 2001 was 9 weeks but due to advancements in drug treatment, the waiting time has been reduced to 5 days.

In 2011, over 802 deaths were recorded among the individuals aged above 40 years due to drug misuse. Every year because of drug treatment offered by NTA, more than 4.9 million crimes were prevented and an estimated amount of 960, 000, 000 Euros is saved by England government.