Fossil fuels, as the name recommends, are exceptionally old. North Ocean oil stores are around 150 million years of age, while quite a bit of England's coal started to frame more than 300 million years back.

What's more, in the brief time frame from that point forward a little more than 200 years we've expended a mind-boggling measure of them, leaving non-renewable energy sources everything except gone and the atmosphere genuinely affected.

Fossil fuels are an inconceivably thick type of vitality, and they took a huge number of years to end up so. What's more, they're gone essentially until the end of time.

The rate at which the world devours fossil fuels isn't stopping, it is expanding as the total populace increments, and as expectations for everyday comforts ascend in parts of the world that, up to this point, had expended almost no vitality.

In any case, rather than freezing, rather than asking how much oil is left and fussing about to what extent non-renewable energy sources will last, we just need to grasp the options – and there are vastly improved other options to fossil fuels out there.

Renewable power sources offer us another way, an approach to maintain a strategic distance from this (fossil-energized) vitality time bomb, yet we should we begin now.

We can get all the vitality we require from the breeze, from the sun, and the ocean. The innovation is progressed, and the sustainable power source unrest has effectively taken off far and wide. 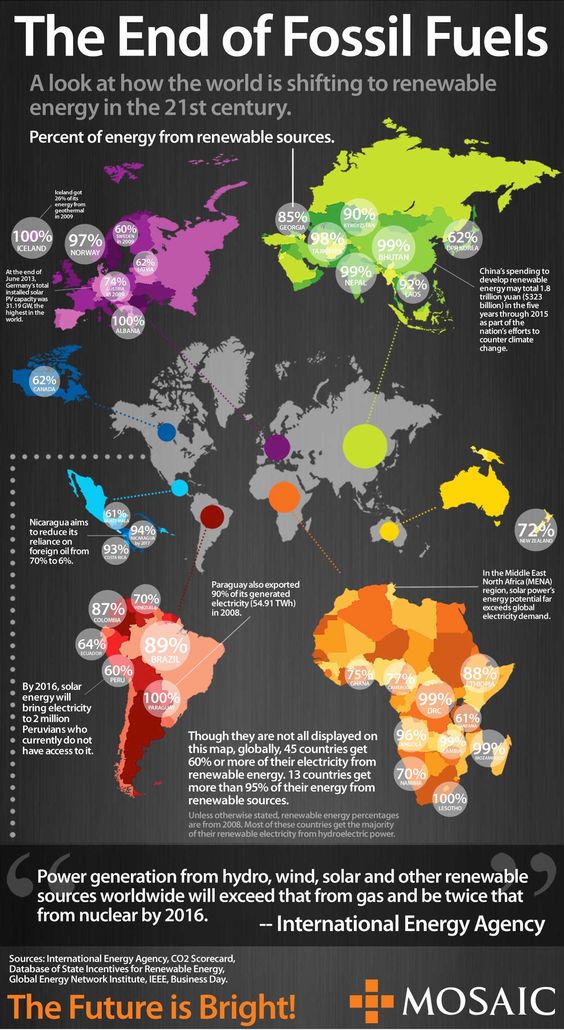