If you are a women reading this infographics then you should be proud to say that 2016, claims to be International Women’s Day. In the male dominated world, UN has taken steps for women to create a gender equality for females in a 50-50 ratio. Have you ever dreamt to see women working in technology sector? And manning key positions. You can find from the United States Labor force, the percentage of the women is up to 46.8 percent over the decades.

Statista, a statistical portal service has conducted the employment of the female employees at all leading companies such as ebay, Linkedin, Amazon, Twitter, facebook, Apple, Google, and Microsoft. The bar diagram represents three different parameters in three different colors. They are tech jobs, leadership jobs, and total workforce. In all cases, total women workforce is highest, followed by leadership jobs, and tech jobs. In Microsoft, the survey did witness equal jobs that are related to technology and leadership.

EBay awarded highest number of jobs that involves women workforce, followed on by Linkedin, Amazon, Twitter, Facebook, Apple, Google, and Microsoft. However, the trend of women participation in the technology jobs is pumping up gradually. 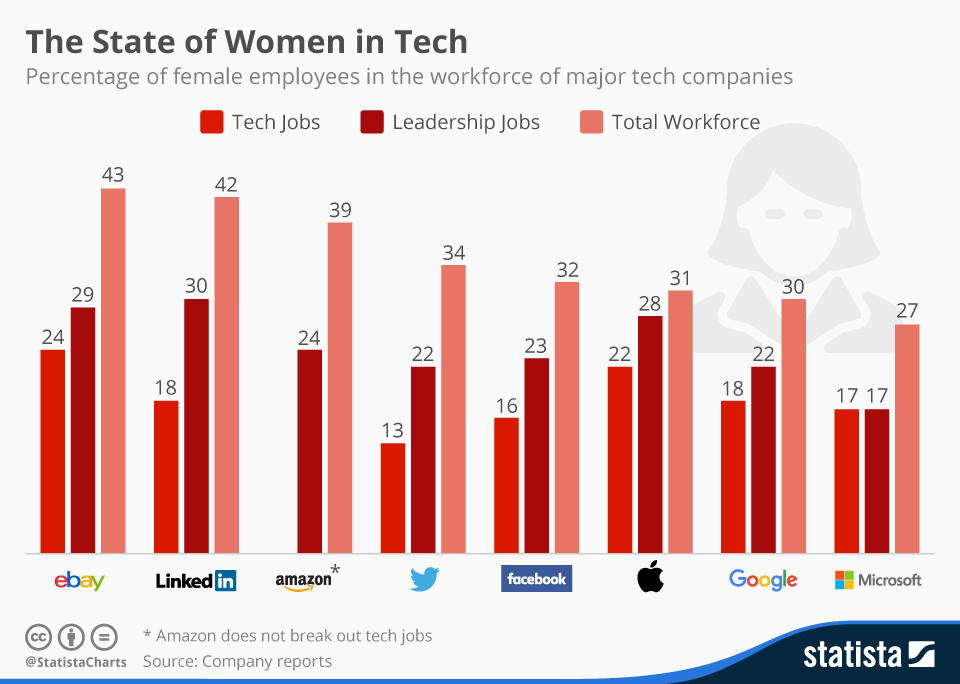