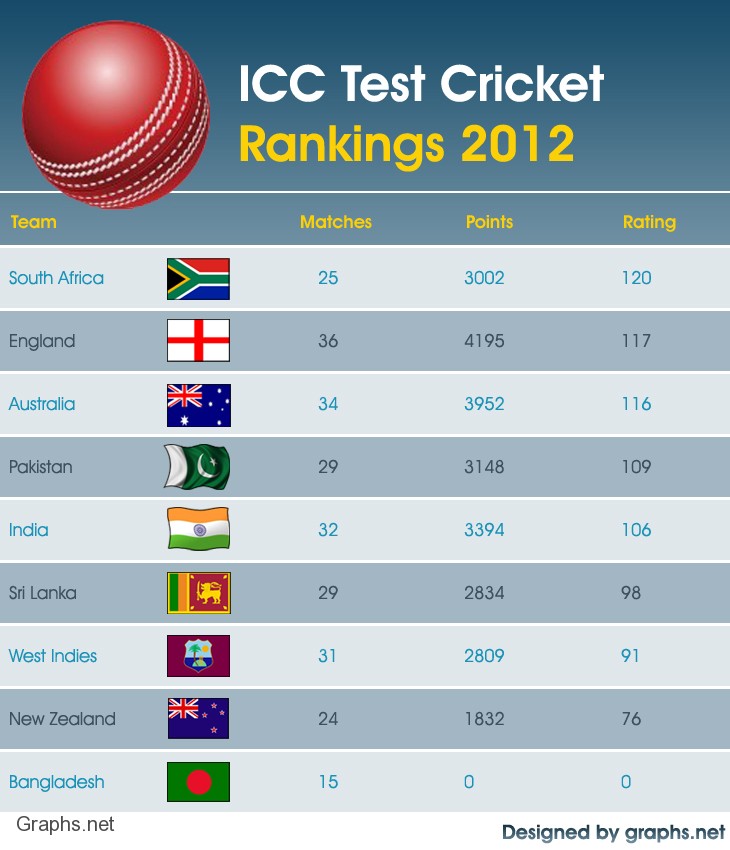 Embed this infographic on your site.

On November 25, 2012, ICC (International Cricket Council) has released the team rankings in test cricket. South Africa on defeating England in the last series has topped the list with Bangladesh at the last position.

After a series win against england, south Africa has acquired few points and reached top position in the list. Pakistan after a win against Sri Lanka has climbed up the list and reached 4th position pushing down India to 5th position.

With the current on going series between India and England, South Africa and Australia there may be few changes in the list after the completion of series. In case, if England wins the series against India by 3 – 0, there are high chances to retains its top position and in vice-versa situation, India will climb up by one position in the list.

Though Zimbabwe is an international team, it is not listed in the test team rankings list because the team hasn't participated in any of the international test series in last 3 years.