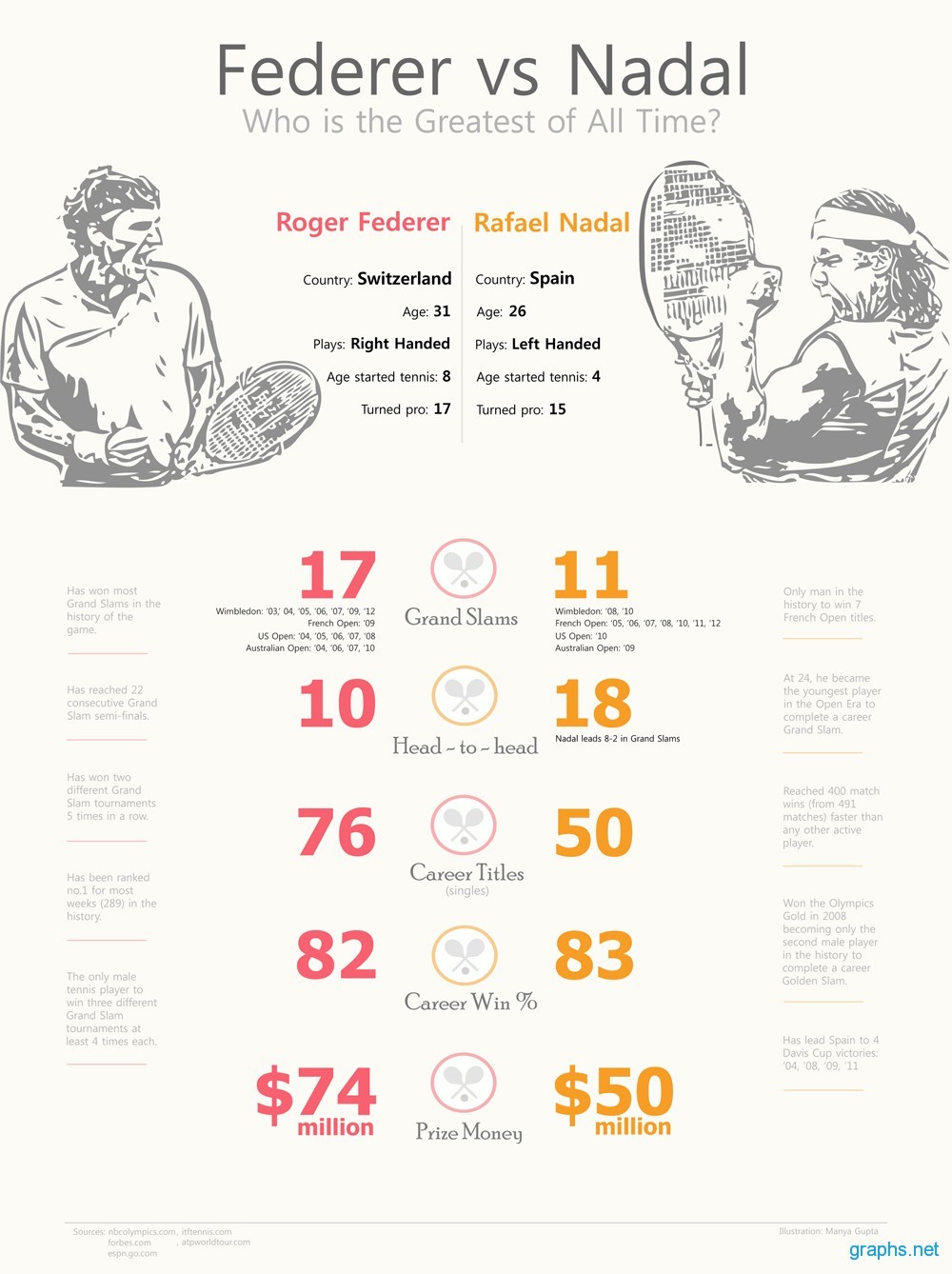 Federer and Nadal are two greatest tennis players of all time. They hold top positions in the current rank list of ATP.