The community gardens help the churches to build the community so that they can respond to the greater needs of the people. The church planting has various benefits that includes providing nutritious food for the needy people, giving an opportunity to the church members to serve, it act as a catalyst for the involvement of the community, the benefit-cost ratio exceeds to 20:1, they create therapeutic retreat area, bring together the people from different backgrounds shows the love of Jesus to the people. 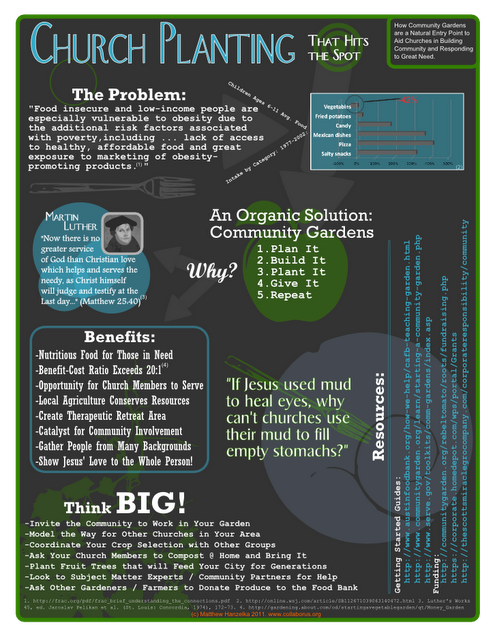 Use of Technology in Churches:

The use of technology in churches leads to various benefits like it enriches the relationship and connection with the members; it helps to bring in new members, helps to reach to the online community and helps to evolve with congregation. The church ministries has set a technology goal for the next 5 years which includes building and maintaining a website for the church, developing the small virtual groups and churches, communicating electronically and doing research. Inadequate budget, lack of technological knowhow and lack of volunteers are some of the major problems faced by the churches in implementing the technology. 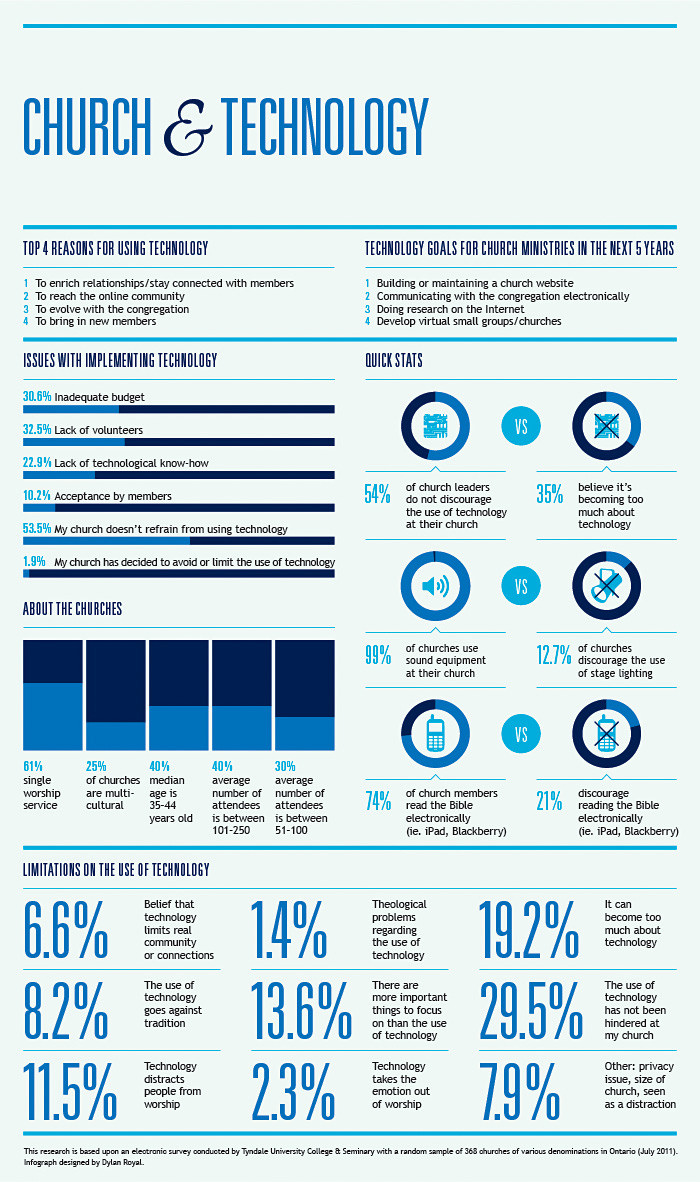 The top most church ministry priorities include meeting the needs of the greater community, ministries for the congregation, reaching to the people who do not attend church and discipleship programs. Around 71% of the churches had set up a budget for the communities ministries. The churches and individuals participate in the community ministries in order to show compassion towards the people who are in need, to thank God for what all he has done for me and to have a direction from the God. 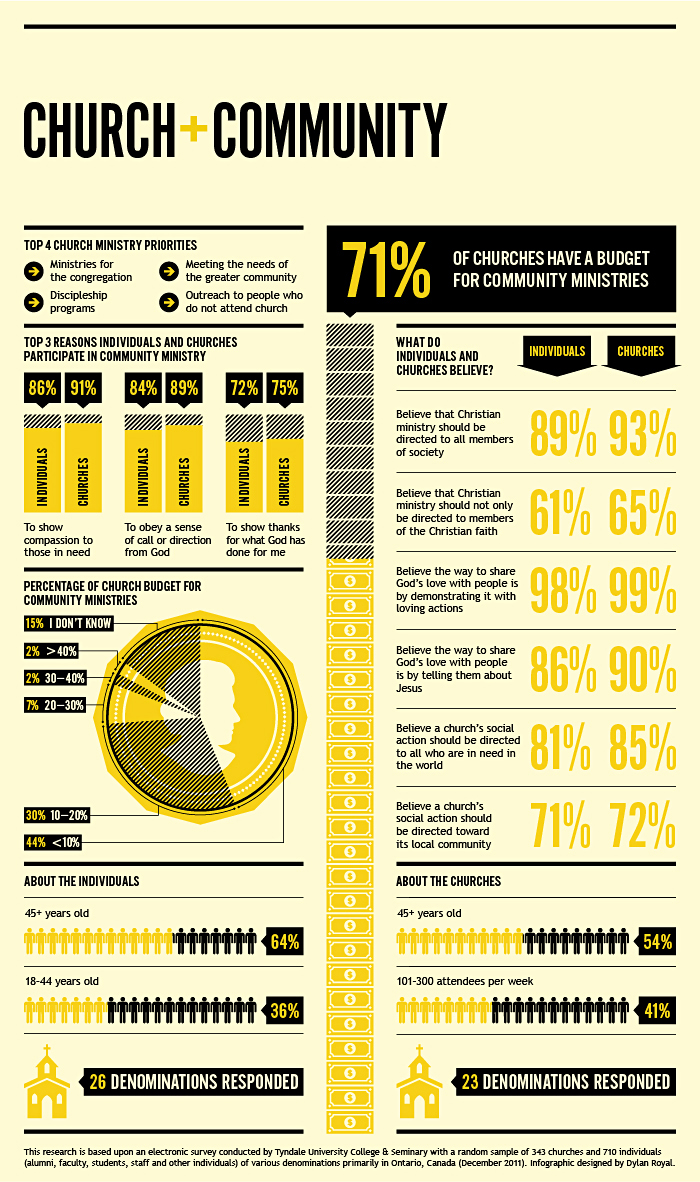 A study has revealed that during the period from 22nd of July to 22nd January, 2012, around 1,438,795 people had visited the church and ministry website which includes 755,476 unique visits and 4,869,444 page views. After the posting of the matter, the site is visited the most on Mondays and least on Saturdays. The presence on social media has also helped to have online success.

A study has shown that from May 13 to June 12 that is in a period of 30 days, the Facebook page of Ministries Church had 158 fans and 4 fans has been gained by the page in the period of 30 days. Out of the total fans, 65% are male and 35% are female. The majority of them are between the age group of 25 to 34 years. When it comes to country wise location of fans, the highest number was from USA which stood at 115 which was followed by Canada, India, Germany and GB with 11, 5, 4 and 2 fans respectively.

A Megachurch is a Protestant congregation that has 2000 or more members in it. But presently the term is used to represent a brand of evangelicalism which mainly targets the young people and hold their services in theatres and auditoriums instead of worship halls.

A study was conducted to find out as to how Churches minister to the people going through divorce and it revealed that out of the total divorce cases, 95% had children and only 5% were without children. Moreover the oldest divorced person was a 56 year old female and the youngest among them was 31 years old. 95% of the total researched people gave the answer to the question as to what all advice they were provided during the process of divorce. 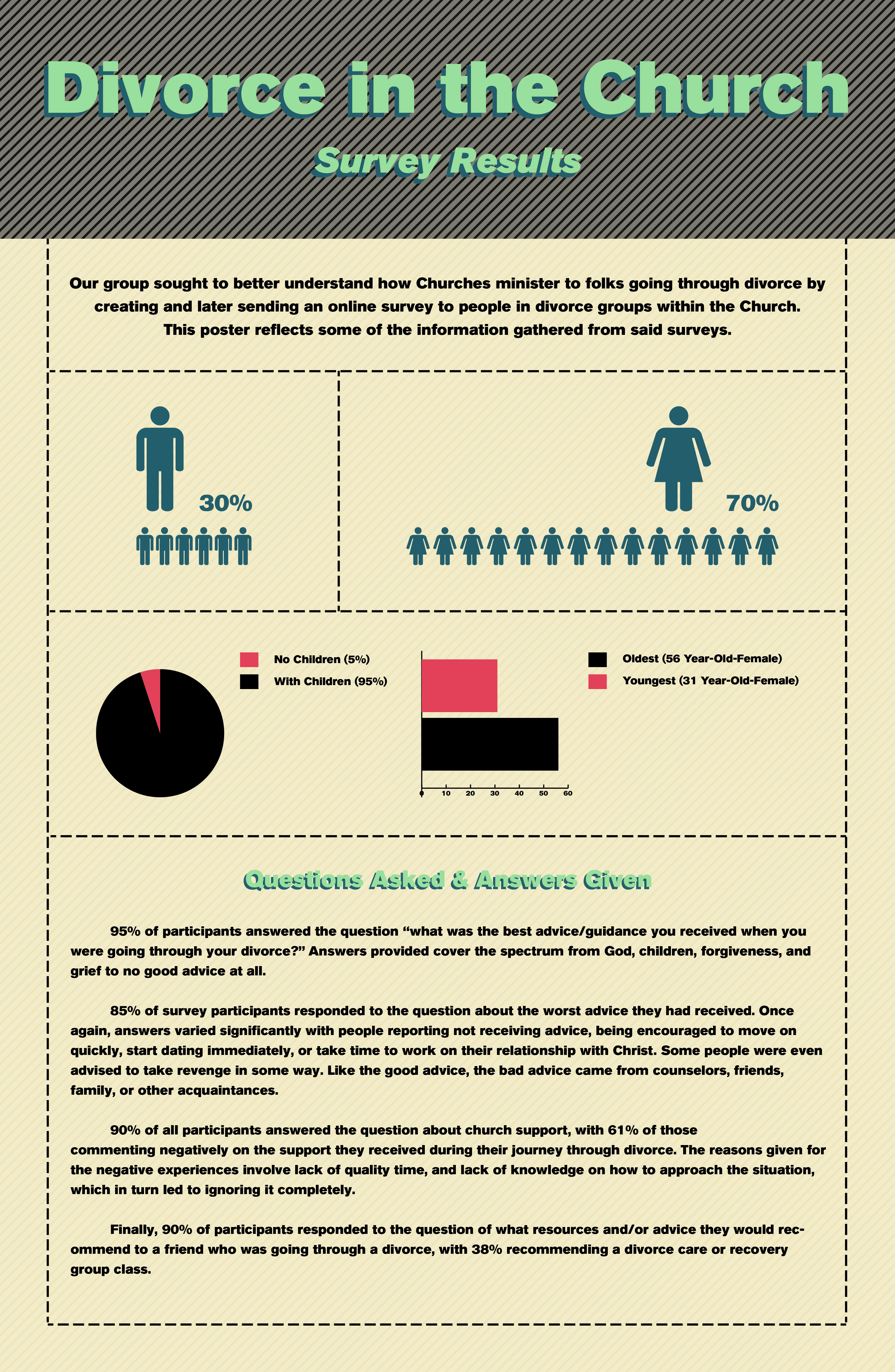