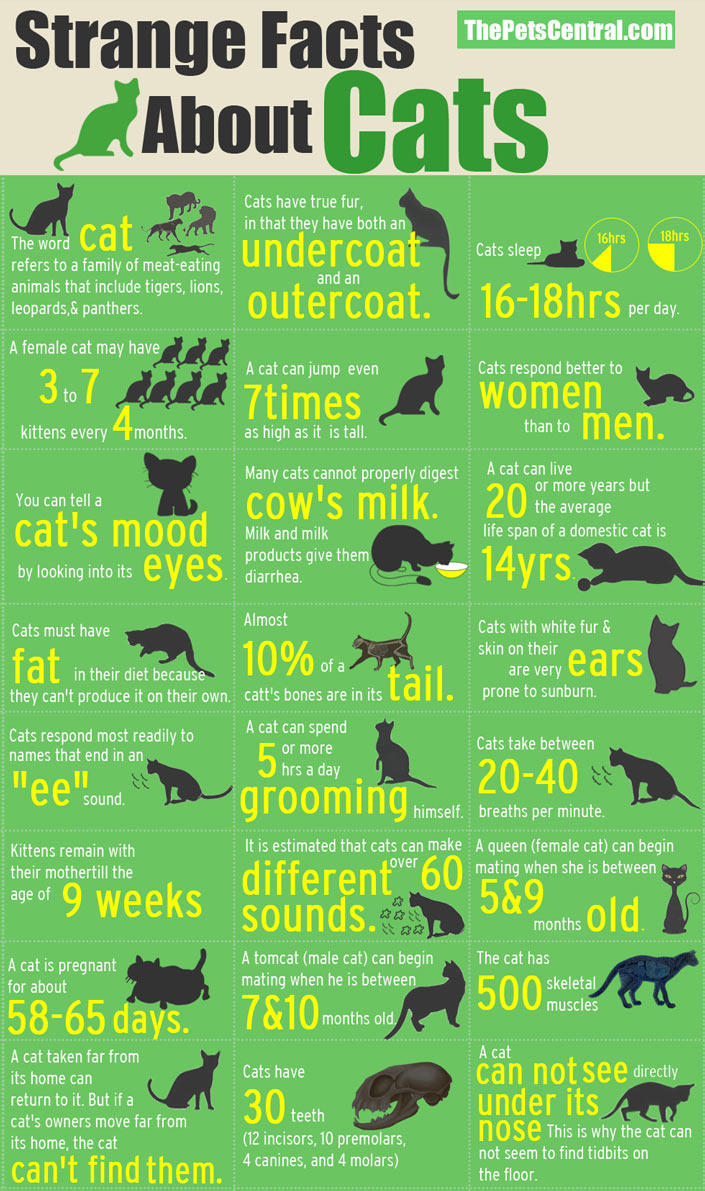 Cost of owning a pet

The anatomy of cats

A cat can see about 6 times better than a human at night. They can travel at a top speed of approximately 31 mph. Cats have 32 muscles in each ear and they can’t taste sugary foods due to a faulty sweet receptor gene.

There are about 77 million dog owners worldwide whereas there are 93 million cat owners across the world. There are an estimated 12 million to nearly 100 million feral cats roaming nationwide. It is a fact that only 1 in 10 domestic cars entering animal shelters are sprayed or neutered. 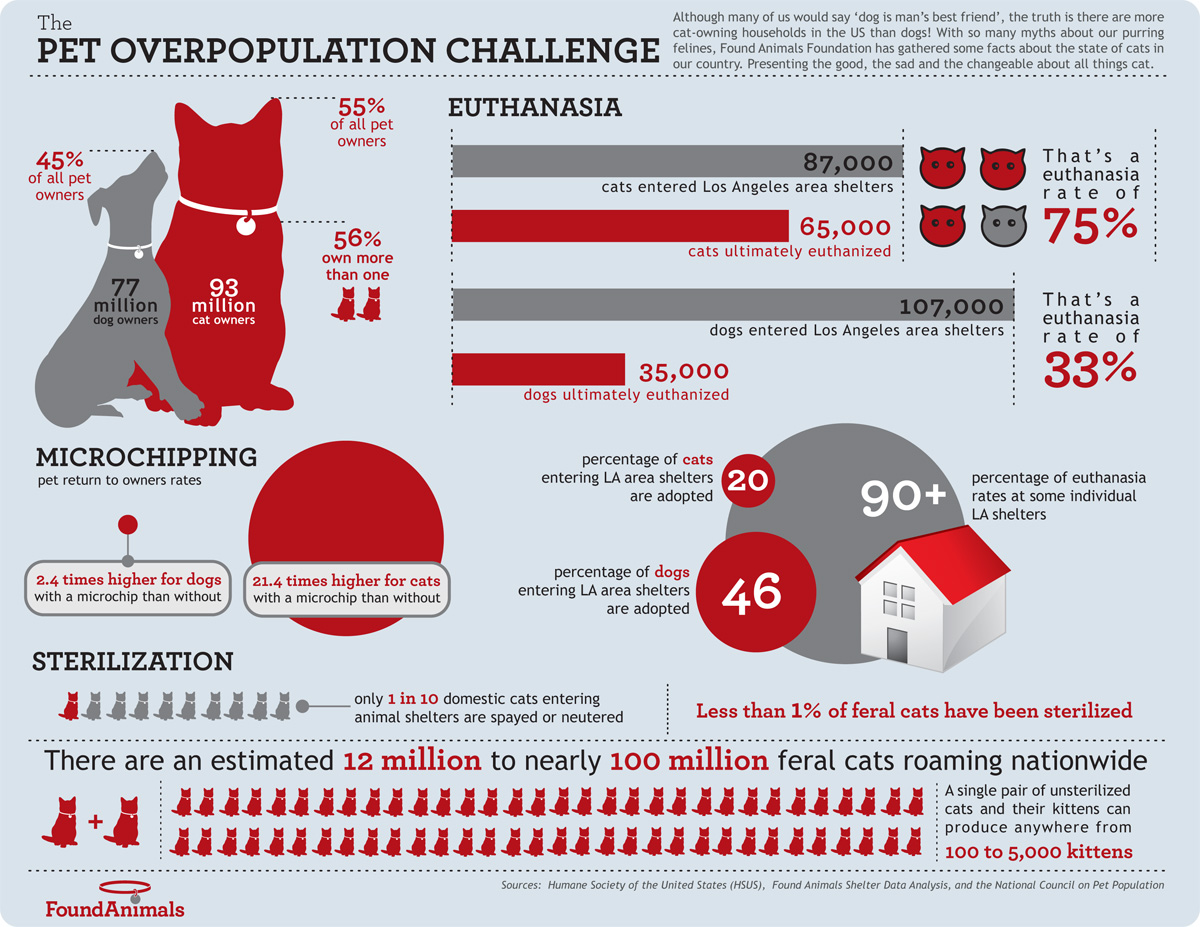 It is an estimated that tens of millions of feral and stray cats freely roaming the streets of the United States and breeding rapidly. Trap-neuter-return in the only effective method which is proven to be humane and effective in controlling free-roaming cat population growth across the world. A stray cat is a tame cat which has become lost or has been abandoned whereas a feral cat is one who has little contact with humans. 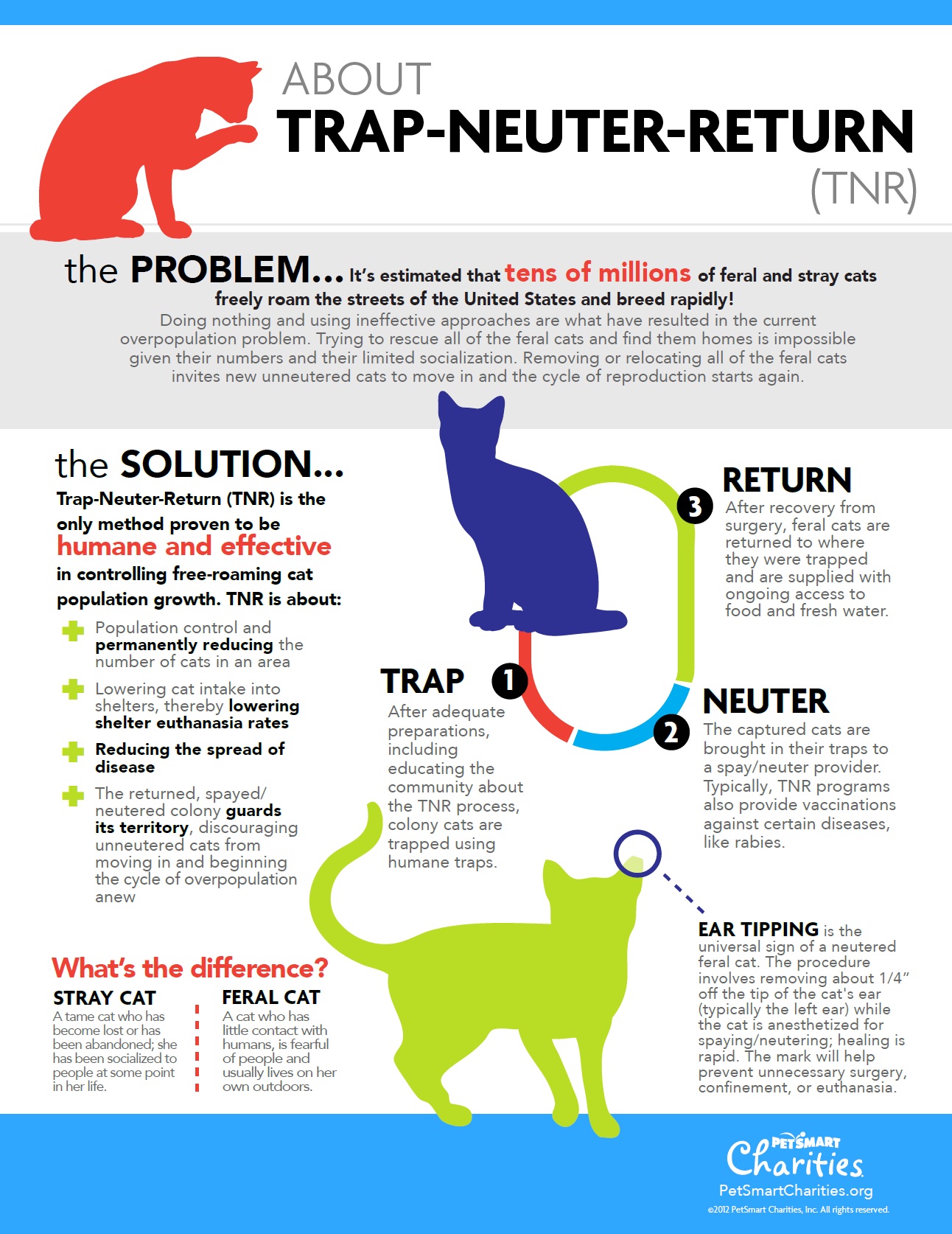 Does your cat keep you up at night?

About 97.2% of the cat owners say that their cat has deleted data by walking across the keyboard. One must avoid printers with exposed rollers remove any peripheral devices that is not in use. Keep the computer off when not in use and retract keyboard trays and letter trays.

Gold might have high rate or return but one pair of cats and their kittens can produce up to 420000 kittens in just a span of 7 years. In the dark, one cannot see gold but cats can see in 1/6th the amount of light that humans require.