Home  »  Economy Graphs   »   Brexit is the Nerve-Center of Economics

Brexit is the Nerve-Center of Economics

EU referendum debate is building up and the official kickoff date is April 15, 2016. Whether Britain should continue to be a part of EU is yet to be finalized and this country will hold an in-out referendum on it EU membership on June 23. Meanwhile, Confederation of British Industry (CBI) has commissioned PricewaterhouseCoopers (PwC), to conduct an analysis upon the economical situation the country most likely to stand.

PwC has considered two important scenarios, Free Trade Agreement, FTA, and World Trade Organization, WTO. The fact-findings have concluded that UK can set in a free trade agreement with EU states and it can continue trading on a tariff free basis. In a WTO scenario, such an agreement is not feasible with the UK because trade with the EU states on a tariff free basis will not be possible.

PwC did analysis on the long-term effects on the GDF and it expects, as the economic output will suffer. Another important note is, UK severing its ties with EU will have a heavy impact on the economic development regardless FTA is put in place or not. The bar graph depicts the economic impact of Brexit based on two important scenarios, free trade agreement (FTA), and World Trade Organization (WTO). 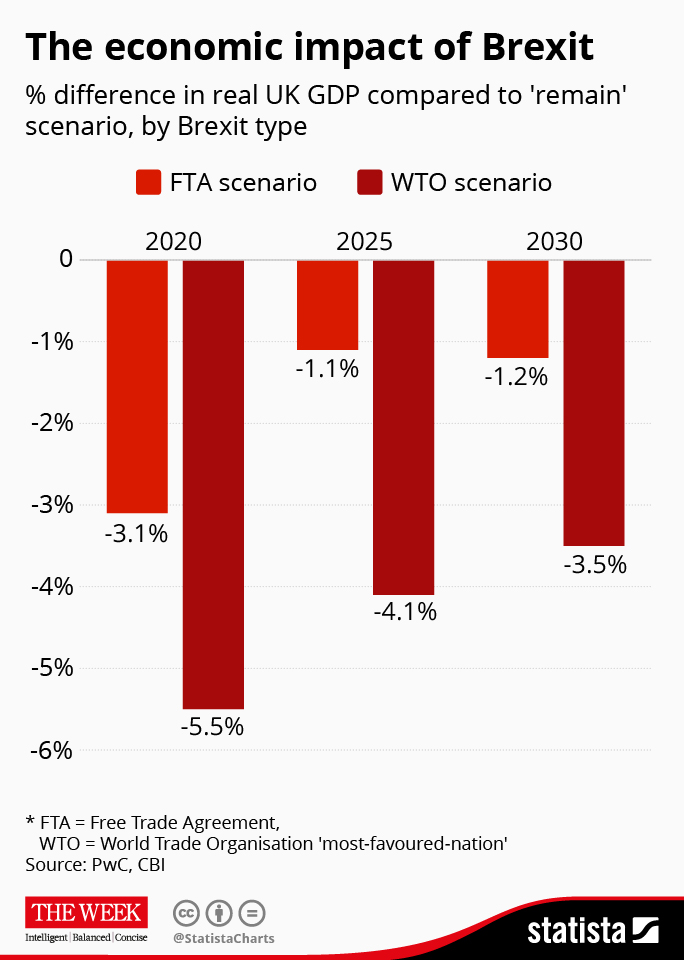