A powerplay is a block of overs which gives temporary advantage to the batting side. There are a total of 3 Powerplays in an innings of 50 overs from which the first powerplay lasts for the first 10 overs and the remaining two Powerplays are of five overs each and can be taken anytime during the innings accept for the last 5 overs.

Ashes by the numbers

Ashes are one of the most popular cricket series and are played between England and Australia. Out of the 76 Ashes series played so far, England has won 37 while Australia has won 31. 8 of the Ashes series resulted in Draws. The dullest Ashes series batsman has been Geoffrey Boycott.

Sir Donald Bradman from Australia is the greatest batsman that has ever lived. His test batting average of 99.94 is the most famous statistics in cricket inspite of the fact that he only played 52 matches in his entire career. In 1930, he scored 974 runs out of which 309 were scored in a single day. 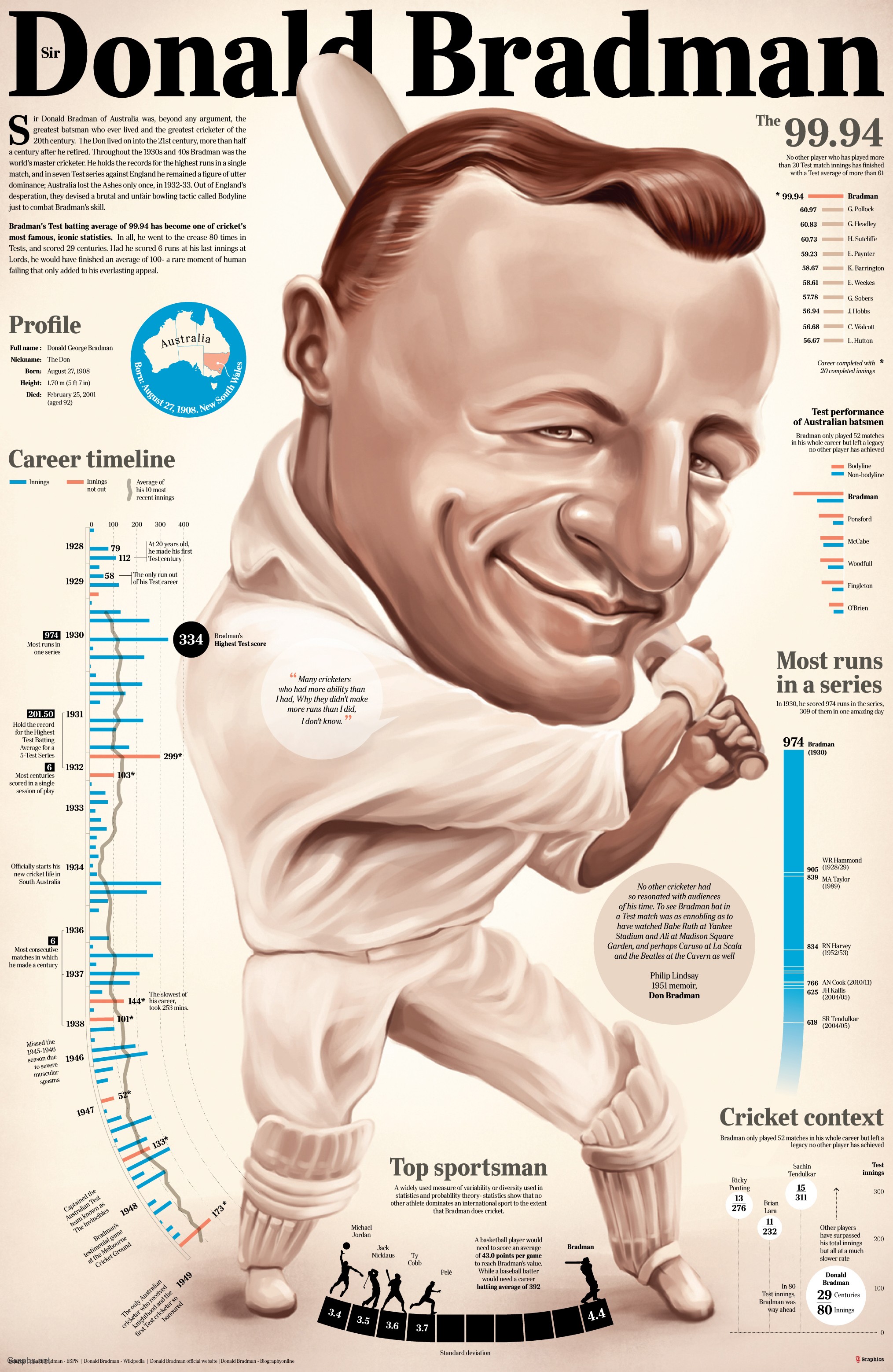 In the year 1961, Jonny Hynes was paid 100 pounds in a year whereas Carlos Tevez’s yearly wage is 286000 pounds currently which is 395 times more than what 13.8 million people in low income household earn. The laws of football too have changed with time just like the way the football stadium attendances have changed or rather increased.

The life of Sachin Tendulkar

Sachin Tendulkar is 38 years old and has given 21 years of his life to Cricket. He was initially coached by Ramakant Achrekar in Mumbai. He made his International debut in 1989 on India’s tour of Pakistan when he was only 16 years old. He became the captain of the Indian cricket team when he was only 23 years of age. His childhood dream of winning the world cup was realized in the year 2011.

The history of golf

The earliest known reference was made in the year 1452 but it was only in 1602 that the first set of custom golf clubs was made. The oldest golf club was formed in the year 1735 whereas in the year 1916, the professional golfers association of America was formed. In 1995, the golf channel made its debut on U.S. Television.

42 of the 144 Olympic basketball players are in the NBA. As compared to 1992, in the year 2012, 3 times more NBA players are participating in the games. 11 out of the 12 countries have an NBA player on their team with the exceptional country with Tunisia.

Nadal has won 9 grand slams as compared to the 16 grand slam wins registered in the name of Federer. Federer has 722 wins to his name and 172 losses whereas Nadal has won 467 titles and lost 99 titles. Nadal is considered the king of clay whereas Federer performs better on hard surface and grass.

Tennis is not only a great way to exercise but also helps burn 563 calories per hour as compared to 352 calories burnt per hour by playing cricket. 80% of the schools are now offering tennis to children and 417k is now participating in tennis on a weekly basis.

How to bet on horse racing 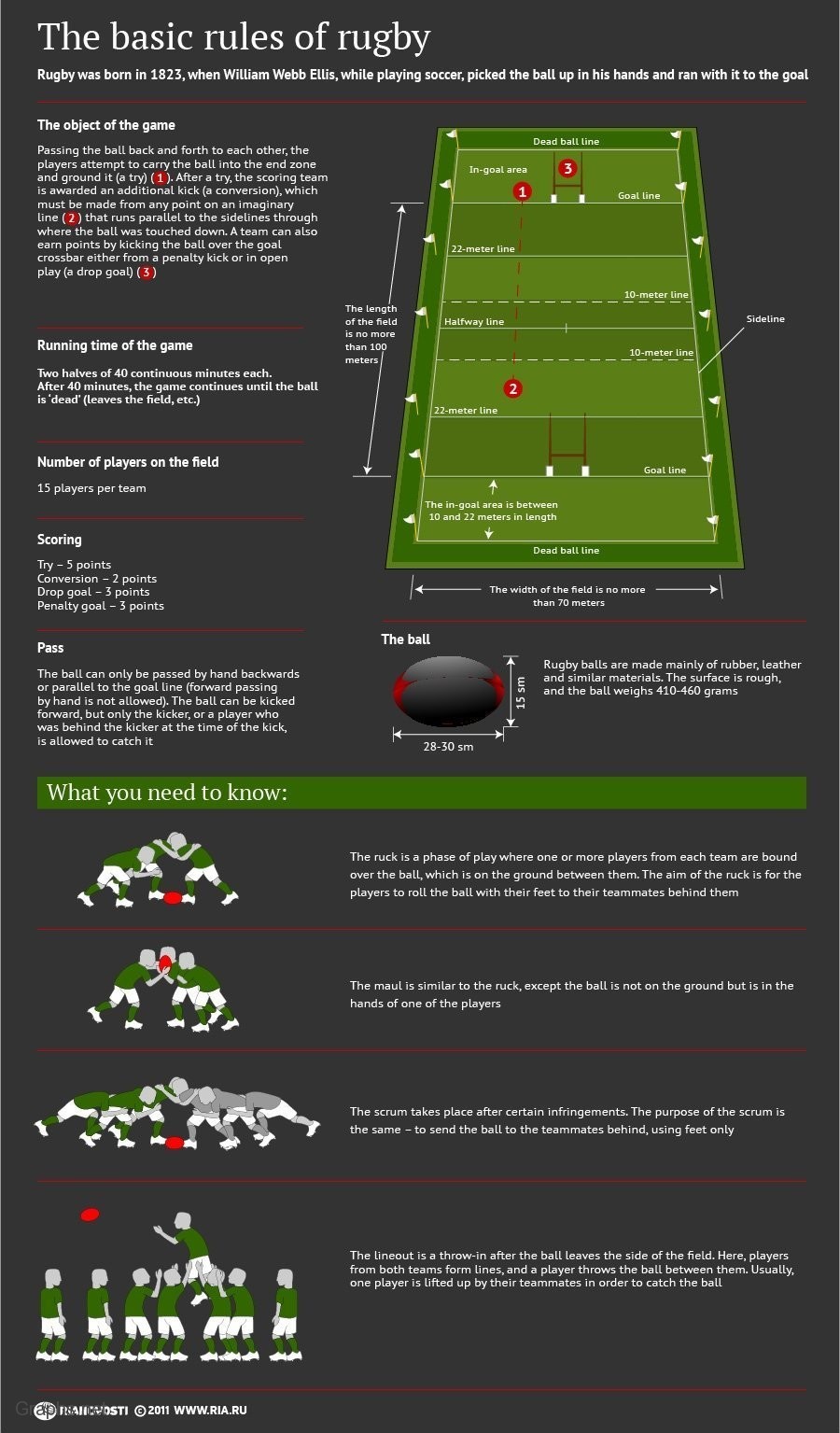 Rugby was originated in 1823 and is played between two teams of 15 players each. Rugby balls are made up of rubber, leather and similar materials. There are certain fixed rules of Rugby that a person must know before trying his hands on it.

An F1 car weighs around 550 kg and 85% of the cars comprise of carbon fibre. Some of the popular F1 teams are Red Bull, McLaren, Ferrari, Lotus E20 and Sahara Force India.