Basketball is one of the most popular sports in the world and has won the hearts of many. If you are interested in knowing more about Basketball, then read the following given facts.

NBA played its first game on Dec 25 1947. The first time a Christmas day NBA match was nationally broadcasted was in the year 1967. Since the year 2009, the Knicks wear their green/orange alternate jersey.

Things that you didn’t know about Michael Jordan

Michael Jordan is very afraid of water and earns about $80 Million from Nike. He has a tattoo of the Greek letter ‘Omega’ over his heart and his father was murdered while sleeping in his car which is the reason why Jordan retired in the year 1993. He has participated in three slam dunk contests out of which he won two.

Some NBA Stats and facts

On 21st June 2005, The NBA and the Players Union agree to a new 6 year CBA and the NBA D league was created.  In 2009, the NBA officials decided not to exercise an option to extend the CBA for 2011-12 season. In the year 2010, the players Union received the 1st proposal from the NBA and its owners which has rejected later on.

Michael Jordan was born in the year 1963. He was cut from the Varsity basketball team at Laney high school. In the year 1984, he was drafted by the Chicago Bulls with the third overall pick. In won a slam dunk contest at the All-star game in Seattle. He continued with this winning ways until the announcement of his retirement in 1993.

Kobe Bryant has won 1 slam dunk contest while Michael Jordan has won 2. The sponsors of Bryant include Mc Donalds, Nike, Nutella, Taco bell and Sprite while Jordan’s sponsors include companies such as NBC, Hanes, ESPN, AOL and Feet Locker. 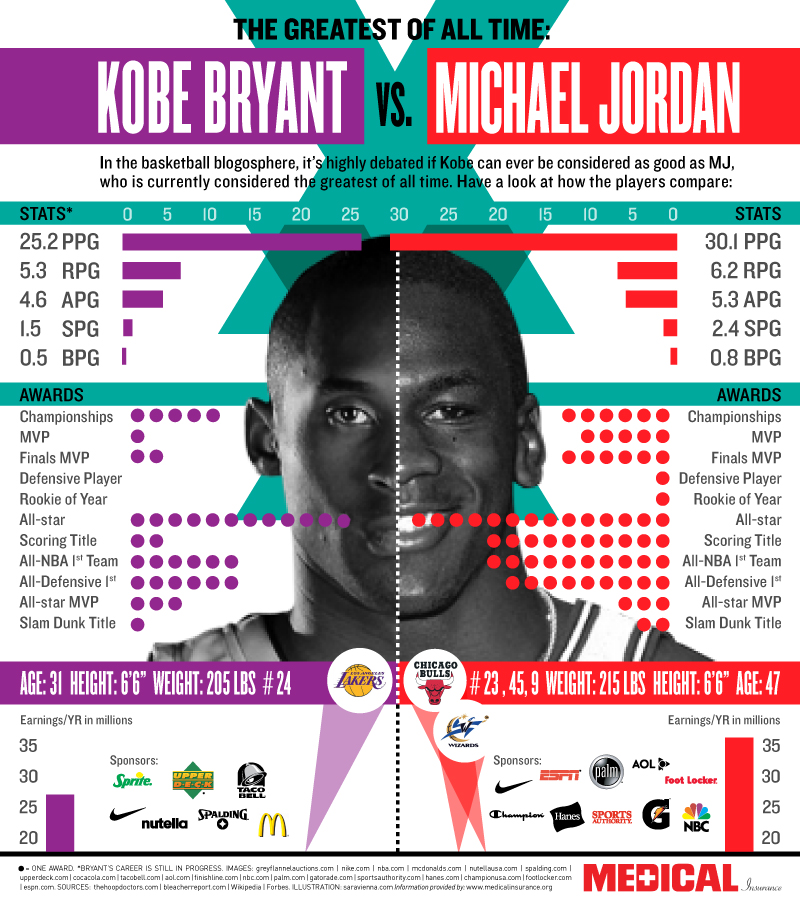 The journey of Jeremy Lin

What will happen if NBA faces a lockout and there is no possibility of a season? This occurrence is highly unlikely but here’s a crazy idea if this happens.

Of the last 28 champions of the NCAA Basketball tournaments, 27 of them had at least one all American on their team. Only one team scored over 100 points in an NCAA title game in the 1900s. Glen Rice scored 184 points in 6 games including 27 three pointers.