All About Ivory Poaching 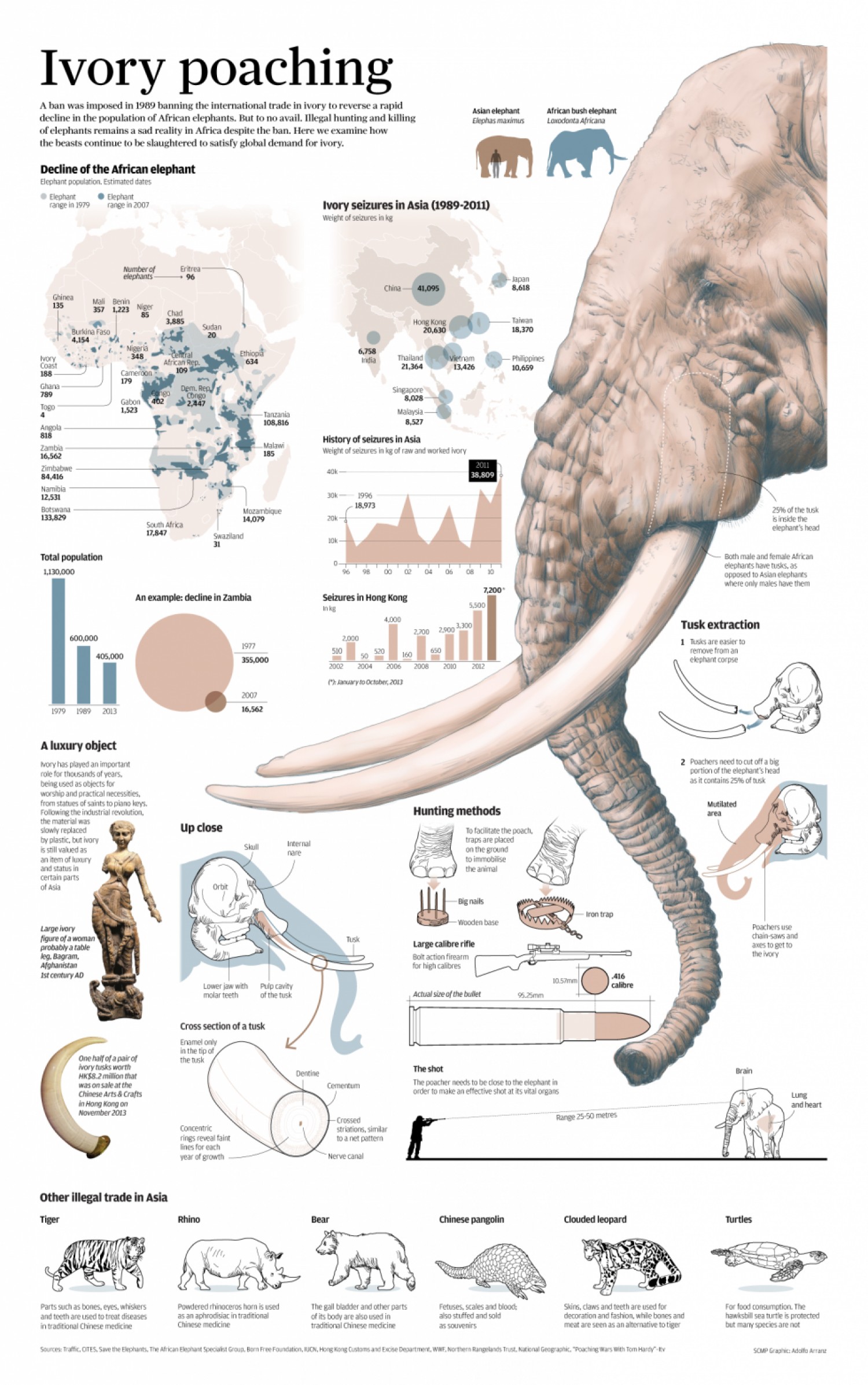 Poaching in recent times have become an illegal activity that is forcing a lot of wild animals into the genre of endangered species.

Elephants the world over are being hunted, trapped and killed so as to obtain the very valuable ivory tusks that they sport that is then sold in illegal markets where people who use them either in chinese medicinal preparations or for decoration purposes buy them and in turn sanction the activity of poaching by their demand.

Even though a ban on the poaching and trade in ivory was imposed in 1989, a rapid decline is being seen in the number of all the species of Elephants the world over.

Not just Elephants, Chinese Pangolins, Tigers, Bears, Turtles, Rhinoceroses as well as the Clouded Leopard are being poached to the point of extinction in recent times.