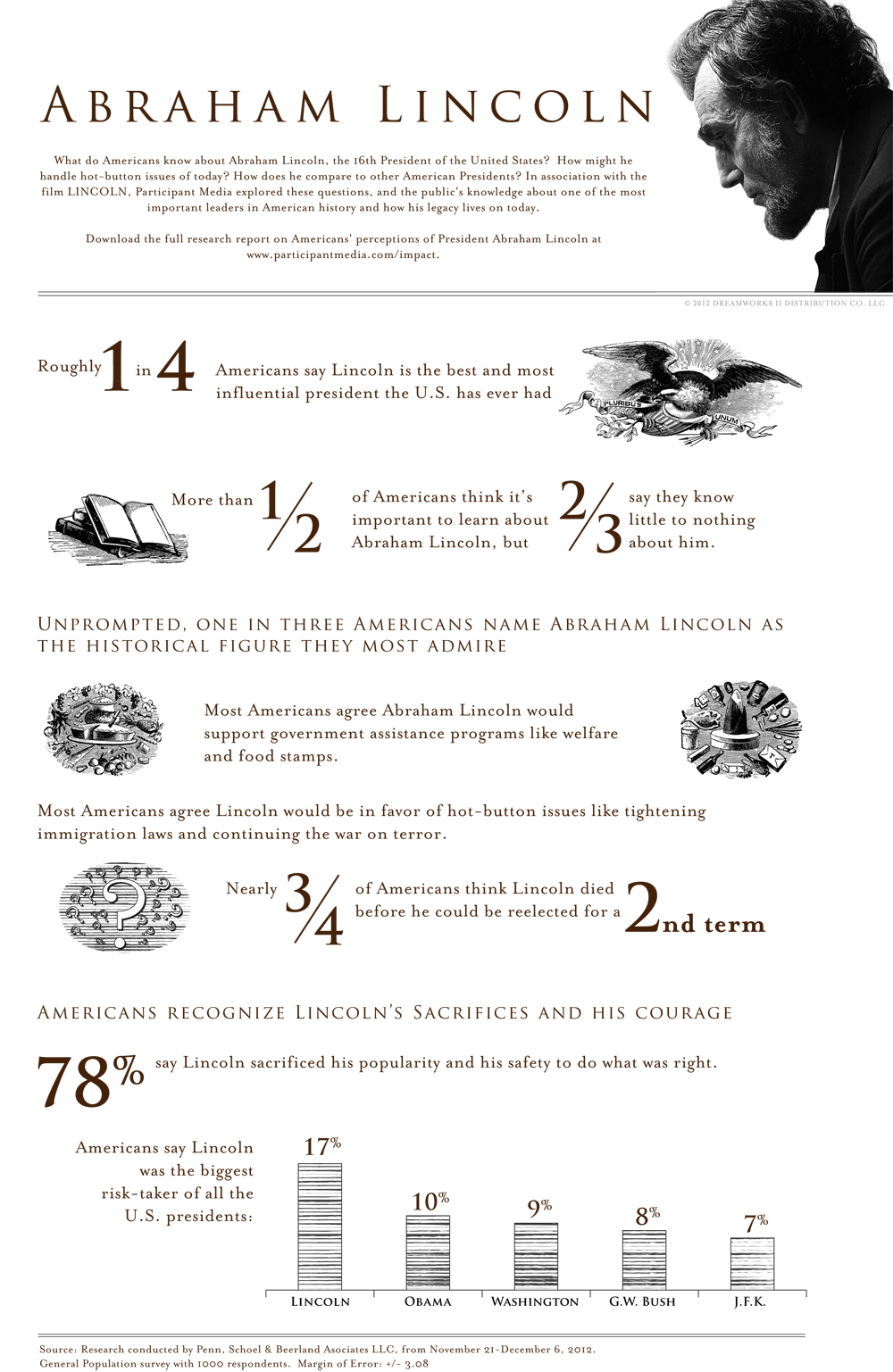 Abraham Lincoln, one of the most influential presidents of the history of United States, is considered by many as the best president that the country ever saw. But inspite of being his incredible impact on the nation and his unique appeal, younger generations have very little to almost no idea about this great man.

Participantmedia.com brought out the results of a research done by them which shows that one in two Americans feels that it is important to learn about the life history and works of Lincoln while two-thirds of them know almost nothing about him.

Also, nearly three-fourth of the citizens think that Lincoln died before he could be re-elected for a 2nd term.