It is certainly a great thing sharing a time in history when our lives paths corresponded with that of Nelson Mandela. A great South African, Mandela, referred to lovingly as Mandiba by his people as a sigh of respect for his clan, was not only a revolutionary, he was a great humanitarian as well as a great president who all throughout his life fought for the rights of his people.

Emerging from being held as a prisoner for 27 years, he moved from being a military fighter to being a unifying figure, to an elderly much revered statesman who fought apartheid that was so very prevalent in his country; with a kind of quite resolution that cannot be seen in many people these days.

And with that he became the father of modern day South Africa, a symbol of freedom, working towards taking them to newer heights through forgiveness and love and thereby helping build a better and stronger South Africa.

It is amazing to know that the the prison number under which Mandela was kept was 46664 and this same number is now being used by the Mandela Foundation as the name for an HIV/AIDS awareness and prevention Campaign. And each year, under this very name, international music concerts are organized to reach and engage the youth worldwide. 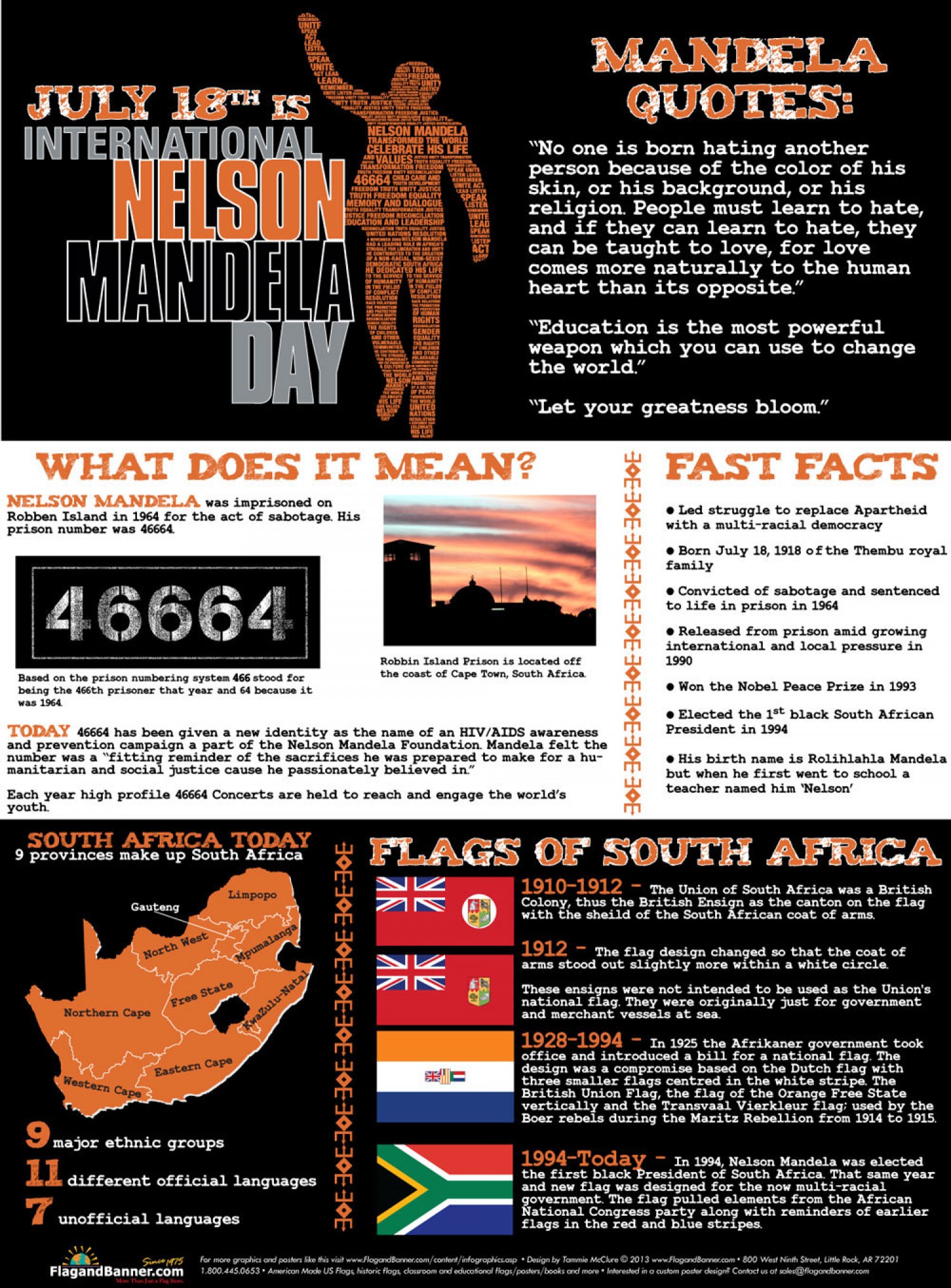 Born Rohlilahla Madela, Nelson was the name given to him on the first day of school by his teacher Miss. Mdigane. Nelson Mandela grew up to be a great revolutionary who inspite of all the atrocities faced by him, never fought injustice with injustice or racism for racism.

The Nelson Mandela Foundation, every year, in order to reach the youth of today organizes a grand music concert; mostly because Mandela believed that art and music are something that can be understood by everybody everywhere. Even during his imprisonment, it has been reported that Mandela would spend his time singing to his inmates thereby helping raise their spirits and in turn encouraging and inspiring hope in them.

Nelson Mandela, born in the year 1918, inspite of being the great revolutionary and statesman, was very much of a family man as well. He married three times and left behind two sons and four daughters from two of his first wives along with 17 grand children in total; 6 Granddaughters and 11 Grandsons. 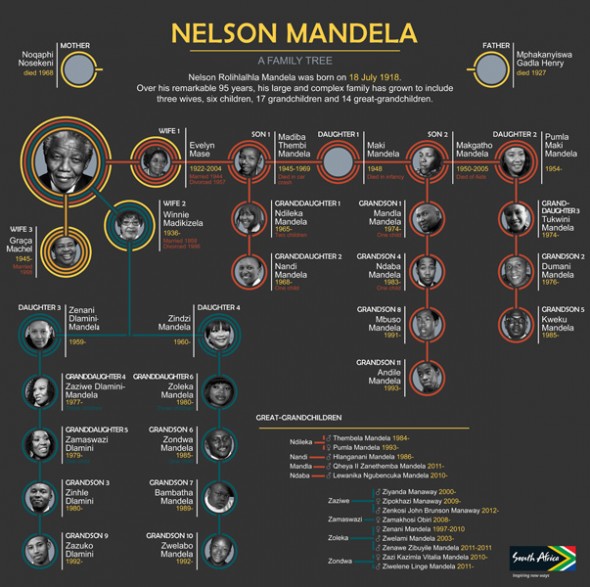 Nelson Mandela is one man, whose life has inspired many lives but most of all, he was the inspiration for innumerable songs, films as well as books.  The fight for apartheid that he started was later on taken up by various celebrities and that was how he became a huge part of the popular culture inspiring hope and encouraging the youth to be good and do good and stand up whenever they see wrong happening.