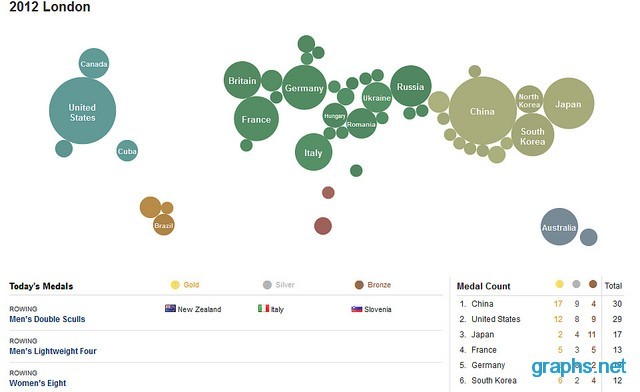 Let’s have a glance at the results of 2012 London Olympics that happened till the date.

With extraordinary performance It’s China who is leading table. In 2008, China remained 2nd  with 100 medal, following the U.S who won 110 medal.

In the current Olympics, so far, China wins 17 gold, 9 silver, 4 bronze medals leaving the U.S. in the second place.

However, events like men’s lightweight four and women’s eight in the similar rowing sport yet to be played and announced.