WordPress is the most popular content management service provider in the world. It is the 18th most popular website which has almost 26 thousand available plug-in. WordPress has its own blogs and the numbers of blogs available in WordPress are in million.

A huge number of all the new websites run on WordPress and it also sees a huge number of downloads each week. WordPress related projects are growing with a very fast rate in the entire world.

Content Management system is a computer program that allows editing, modifying and publishing of the content along with its maintenance from a central interface.

Content management systems make the management of websites much easier. It offers all level of technical expertise for the website owners. WordPress has a CMS distribution of 50.07% amongst all the websites. WordPress, Dupal and Joomala are the top 3 CMS platforms.

3. The Internet Is Full

WordPress sites are written in almost 120 languages and 500,000 new posts are made on WordPress each day. On the WordPress 2,500,000,000 pages are viewed by 294,000,000 people every month. Flickr has a massive collection of more than 5 billion photos and 3.5 billion pieces of content are shared on Facebook every day.

4. WordPress Sites In The world

The most common terminology used on WordPress is theme, widget and plugin. 308 million people view almost 2.5 billion pages each month.

WordPress is almost 10 years old now and has been powering almost 60 million websites all over the world. WordPress has launched several versions by now and the popularity of WordPress has fetched it many awards in last 10 years.

The popularity of WordPress is undeniable and it has been supporting everyone from a family blogger to some of the most popular websites in the world. WordPress is based upon MySQL and PHP.

8. Tug Of War Between Most Popular CMSs

WordPress was started as an easy to use blogging platform that has transformed into the popular frame work for most of the websites. On the other hand Joomla offers the middle oriented ground but the use of Joomla is much more complicated than the WordPress. Another popular CMS platform is Drupal which is a powerful developer friendly tool.

Almost 50% of all the websites are hosted on WordPress and until now almost 98 versions of WordPress have been released in the market. In the year 2011 14.7% of all the most popular 1,000,000 websites in the entire world were powered by WordPress.

10. Safety And Security Of WordPress Blog

The entire responsibility of the safety of the website powered by WordPress lies in the core developers of WordPress and the websites owners. To harden the safety of any website it is essential to update it with the latest version of the WordPress. WordPress version should not be displayed on the blog and always create the data backup.

11. The Power Of WordPress

Out of all the top 1 million websites 14.1% make use of WordPress and in December 2003 WordPress Wiki was launched that is known as Codex. By the September 2010 there are 27 million WordPress Publishers all over the World.

13. The Trending Wonders Of WordPress

14. The Current Capacity Of WordPress

A basic blogging tool launched 10 years ago gradually transformed into one of the largest content management services and is known as WordPress. Almost 22% of all the websites available in the world are powered by WordPress and it is almost a free or priceless platform. Some of the top brands powered by WordPress are CNN, eBay, Forbes, Sony and Mashable. In the year 2012 more than 70 WordCamp took place in which almost 20,000 participants out of 27,000 were making their livelihood from WordPress.

16. What If Your WordPress Gets Hacked

It needs almost a day to figure out that some one’s WordPress blog is hacked and it takes almost 2 days to understand the real cause of the problem and find out the reason behind the hacking.

There are 4 common cache used in WordPress which have different speed and has got different ratings from the users. The 4 cache are hyper cache, quick Cache, WP Super Cache and W3 total cache. 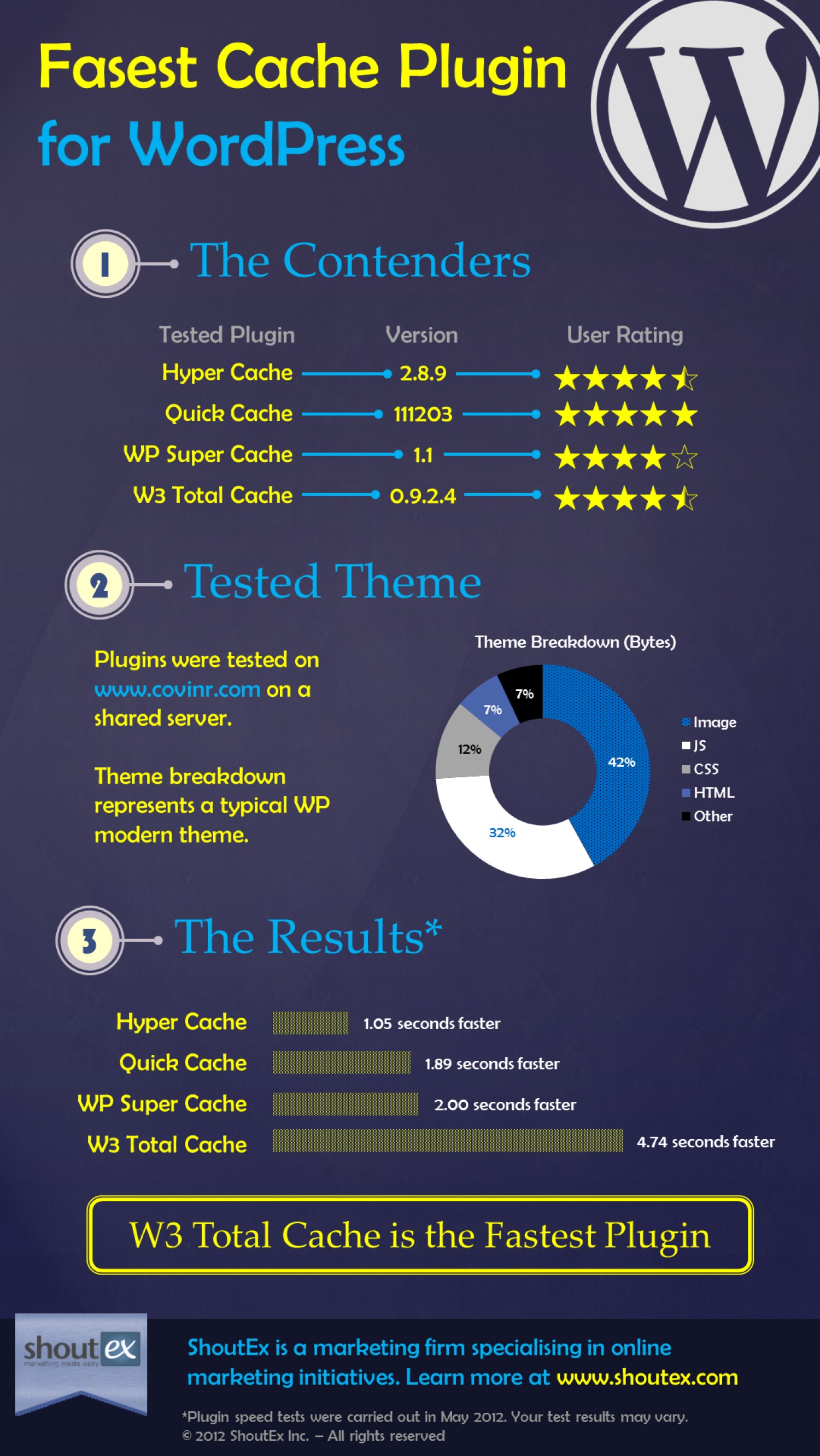 69 million WordPress websites are present in the world out of which 359 billion people view more than 11.3 billion pages each month. Some of the most popular WordPress plug-in are NextGen Gallery, Contact Forum7 and Akismet.

In last 10 years a simple blogging tool has transformed into a powerful CMS platform that has been supporting a huge number of websites all over the world.

S2Member Plug-in is a powerful free membership plug-in that has been protecting members with capabilities and roles. This plug-in has got a rating of 4.4 and has been downloaded by 511,091 users.