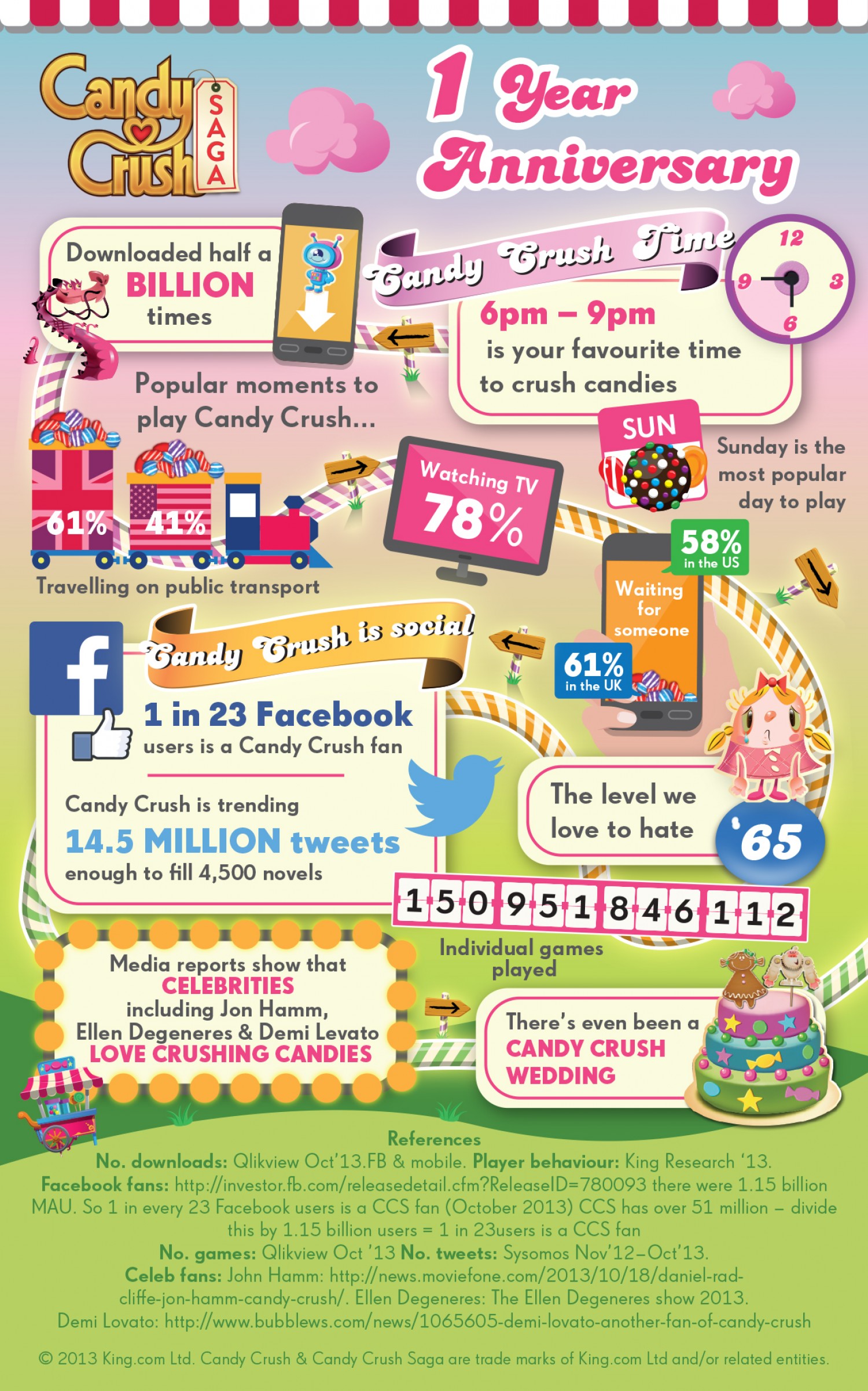 Candy Crush Saga, a mobile gaming phenomenon is a top grossing application worldwide that can be found both on both Apple's App Store and Android's Google Play store.

King, The game’s publisher has revealed that there has been 500 million installations of the game across mobile devices as well as Facebook where it took Angry Birds almost 3 years to get foothold in the consumer market. It celebrates its 1st anniversary this month on the occasion of which King shed light on the fact that one in every 23 Facebook users worldwide is now a fan of Candy Crush Saga, grossing a total of 51 million fans.